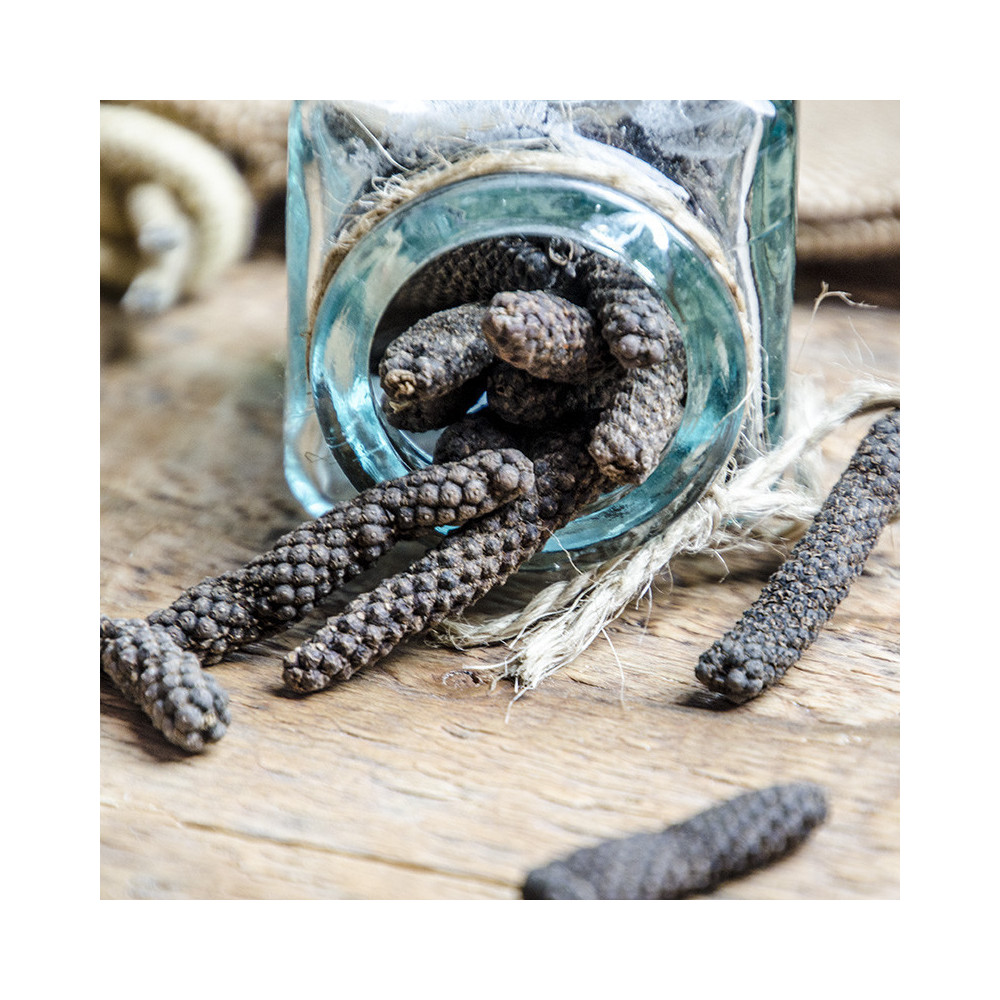 The long java pepper is distinguished by its spicy flavours between cinnamon and raw cocoa. It is very fragrant with sweet, floral, fruity and woody notes. An unknown pepper which is nevertheless the first to have been imported in Europe.

Pairings in the kitchen: Meat, fish, sauces, stews and desserts.