Fernando Cortez arrived on April 22, 1519 off the coast of Veracruz. His squadron numbered about 600 men.
Once on land, he headed for the city of Tenochtitlan where King Moctezuma was sitting.
When Moctezuma saw Cortez, he imagined that he was none other than the priest king, Quetzalcoatl.

If Moctezuma and his lunar calendar had not had this doubt, the Spaniards would have been quickly ousted by the Totonaque warriors. 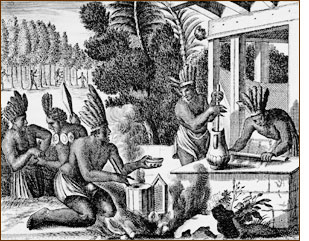 As a welcome, they prepare a drink called Tchocolatl, a vanilla chocolate.

The Spaniards were immediately seduced by the cocoa of the Aztecs and above all, these exceptional pods with this extraordinary perfume: Vanilla.

Charles V had the privilege of being the first king in Europe to taste this vanilla-based drink.

People were immediately interested in this new perfume, this aromatic, and from the beginning of the 17th century, vanilla was found in the cuisine of European courts.

The Totonaques were careful not to explain the secret of vanilla.

European botanists did not understand why this orchid did not bear fruit in the French overseas territories.

For more than two centuries after its discovery by Cortez, Mexico kept the monopoly on vanilla production.

In the 1700's, Guadeloupe, Martinique and Guyana already had vanilla trees listed on their soil.
Species such as vanilla pompona or derivatives of vanilla fragrans were already present before colonists and botanists from the kingdom of France established them in large numbers.
In the region of the Wayampi tribes, in Guyana, many species of fragrant vanilla were used to make necklaces.

With the help of the Governor of Cayenne, Pierre Henri Philibert, a native of Reunion Island, naval officer and ship's captain, brought back to his island many species of vanilla.
These cuttings came from plantations in Guyana but also from many countries where he stopped with his sailors.
During a second trip, he also brought back plants from the Philippines, more precisely from the Calabarzon region.

David de Floris, brought cuttings from the greenhouses of the person in charge of the King's Garden on board his ship.
He became a vanilla producer on his return and devoted his life to this spice. Thanks to him, the preparation of vanilla was greatly improved.
Today his family continues this know-how on the island of Reunion.

If the Melipone bee fertilizes the vanilla in Mexico, it is not present on Bourbon Island.
The hummingbird (also called "bird fly") can sometimes help in the fertilization of certain pods.

It was Edmond Albius, at the age of 12, who in 1841 discovered the process to fertilize a vanilla flower in Reunion Island.
The name Albius was given to him after the abolition of slavery, in reference to the white colour of the flower (Alba in Latin).

Thanks to its pollination technique, the development of vanilla was able to take place on Reunion Island.

To carry out the fertilization, only the manual technique is a guarantee.

Each vanilla flower gives birth to a pod that must be left on the vanilla tree for 8 to 10 months, depending on the species.

Today, the technique discovered by Edmond Albius remains the reference technique for fertilizing each vanilla flower throughout the world. 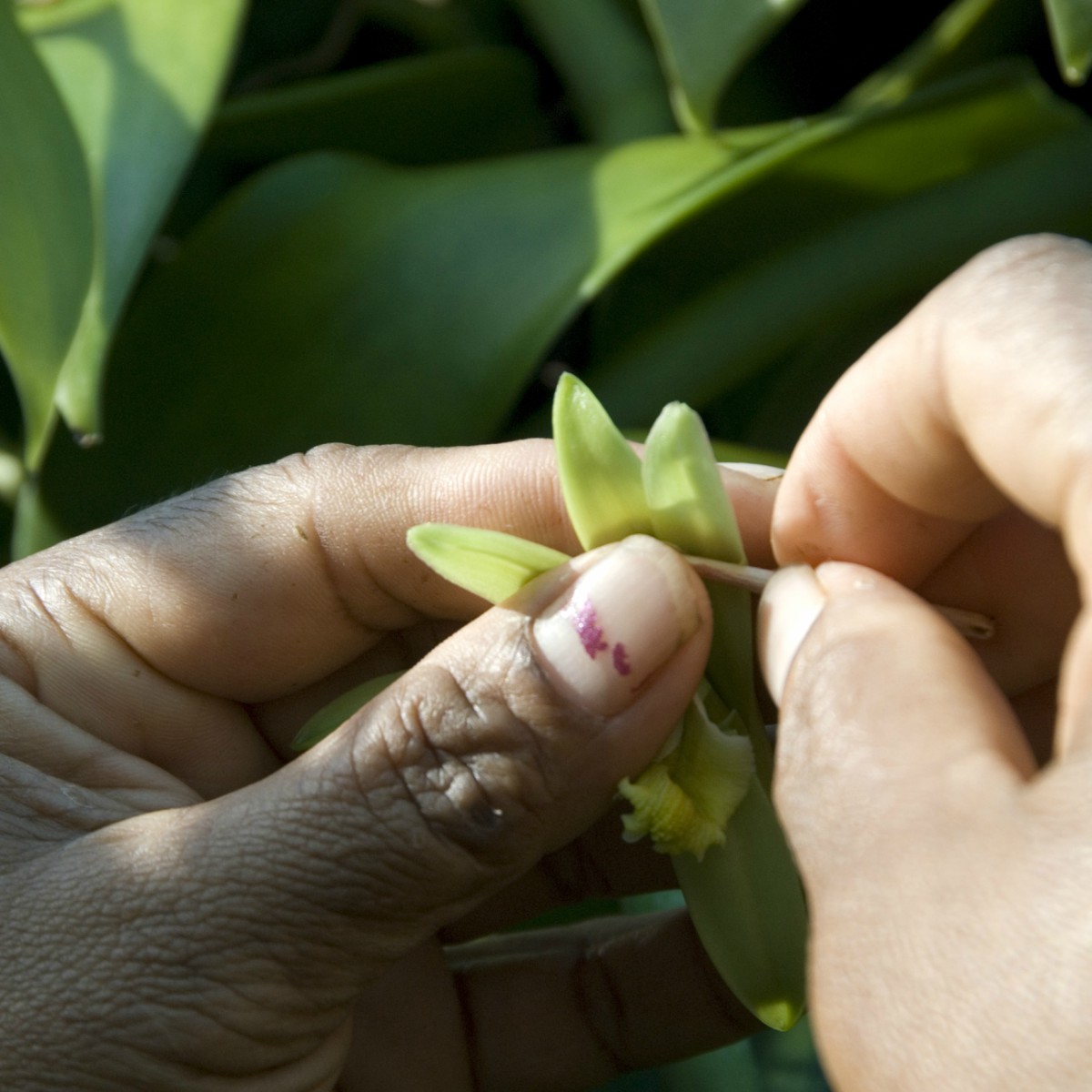 The development of vanilla was all the more important once Ernest Loupy, a vanilla producer in Reunion, invented the technique of scalding.

This technique consists in putting the green vanillas in full maturity in a hot water bath between 65 and 70°C during 3 minutes.

The aim is to stop the enzymatic development of the pod and thus "kill" the pod (producers' jargon).

This is followed by steaming in crates, rolled in jute cloths so that the pods can keep the heat and lose a maximum of water.

After this stage, an alternation on jutes in the sun and racks in the shade will allow our vanilla beans to develop their aromatic intensity.

Madagascar and Reunion have rich soils and ideal temperatures for the cultivation of vanilla.

In Reunion, there are different volcanic soils which are very rich in nutrients for the good development of the vanilla trees.
The most famous regions for the cultivation of vanilla in Reunion are those of Saint Philippe and Sainte Suzanne.

The first cuttings and refining techniques arrived in Madagascar in 1870 and were taught there.
The North-East of the island, the SAVA (Sambava-Andapa-Vohémar-Anatalaha) is the region par excellence for vanilla.
The soils are rich in organic matter and the hot and humid temperatures are ideal for its good development.

Also, the yields of vanilla from Andapa (Ankaibé region) are better than in other areas.
This deep region, a few hours drive from Sambava, produces exceptional vanilla beans and more advantageous productions per hectare.

Nowadays, 80% of the vanilla produced in the world is vanilla Bourbon vanilla from Madagascar.