When to harvest vanilla?

WHEN TO HARVEST VANILLA?

Once the flower of the vanilla tree is fertilized, it will take 8 to 10 months for the pod to reach full maturity.

After 2 months, the vanilla bean will have reached its maximum size.

The fewer fertilized flowers on the vanilla bud, the higher the chances of having vanilla pods larger than 16cm.

If the vanilla is harvested too early, the vanillin levels will not be high enough.
The final result will be disappointing after maturing. It will be visible because it will still be green on the vanilla plant. 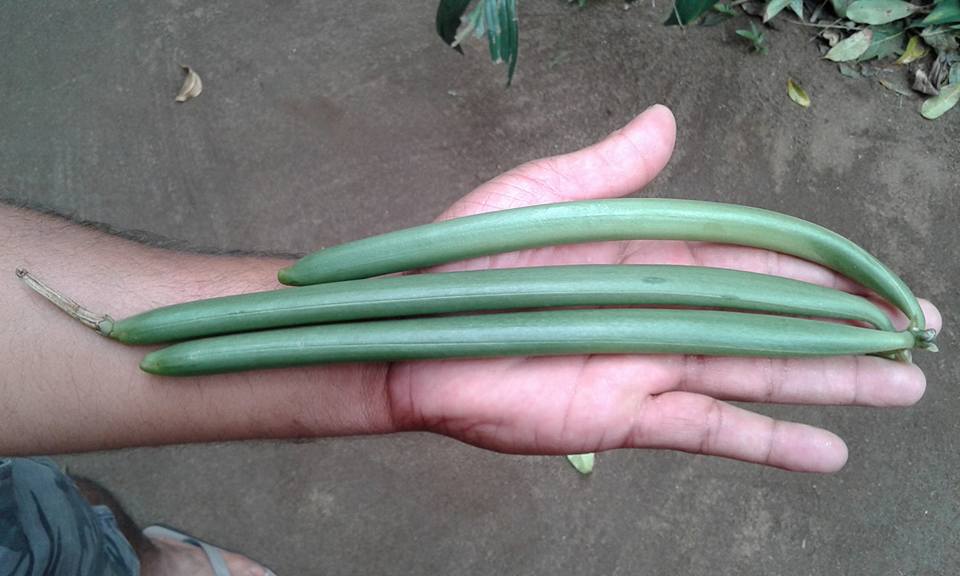 On the other hand, if a vanilla bean is left on the pod until it is fully ripe, it will split.
Like an overripe fruit with a high sugar content that opens naturally.

They are easily noticed in the plantations as they have a yellow pod end and may be starting to turn brown.
Split and the vanilla beans can be seen.

After maturing, these pods will offer much fuller and finer notes to be discovered (see the Wild Vanilla from Papua New Guinea). 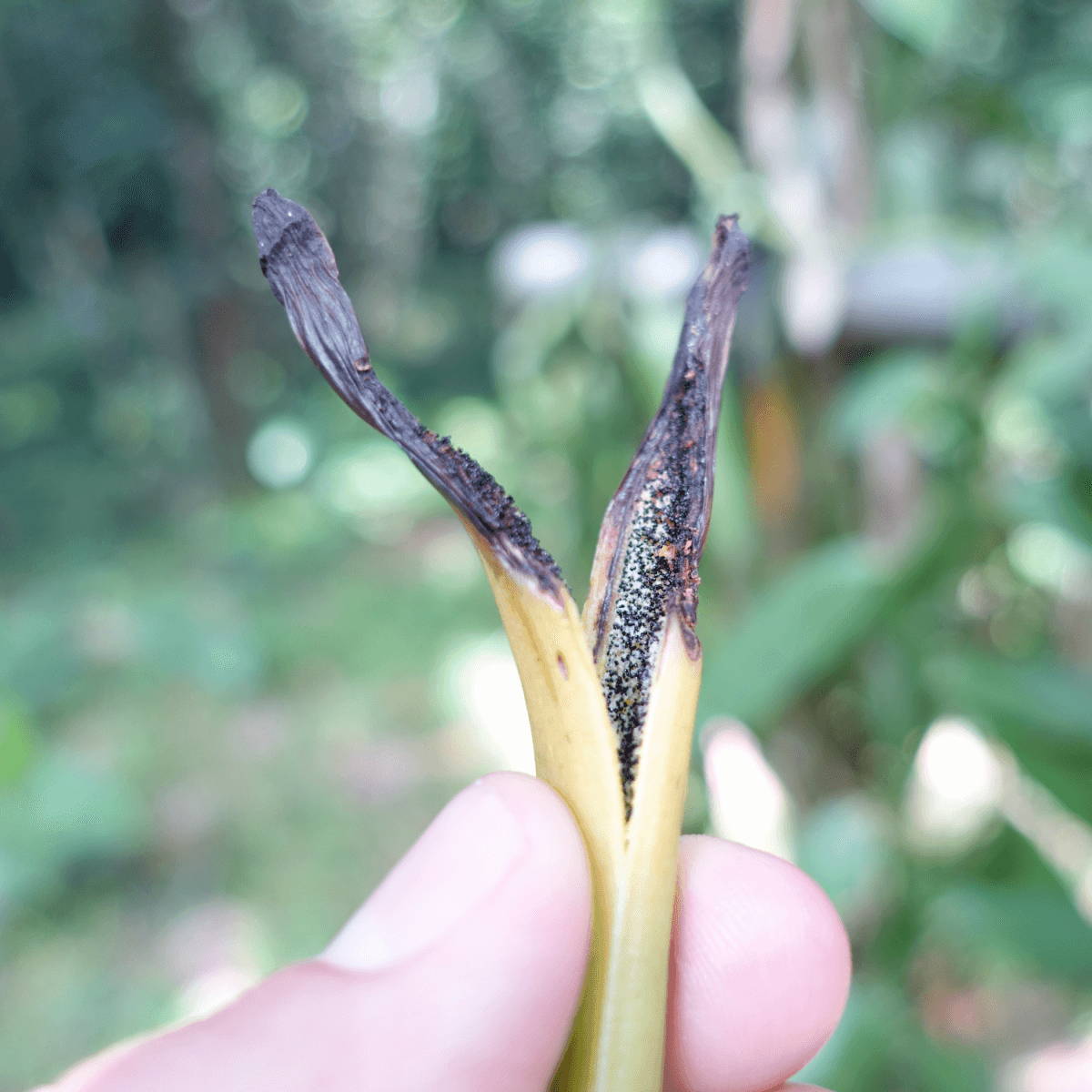 The vanilla pods will then be harvested when the tip starts to yellow slightly.
This will be the sign that the harvest is about to begin.
The producer is only responding to the demand of the world market and what it appreciates.
Customers prefer mature but unsplit vanilla beans.
Harvested at 8-9 months, we will have vanilla beans with a complete aroma after maturation.
This will be followed by a maturation in the rules of the art by my producers and finally a control by my collectors 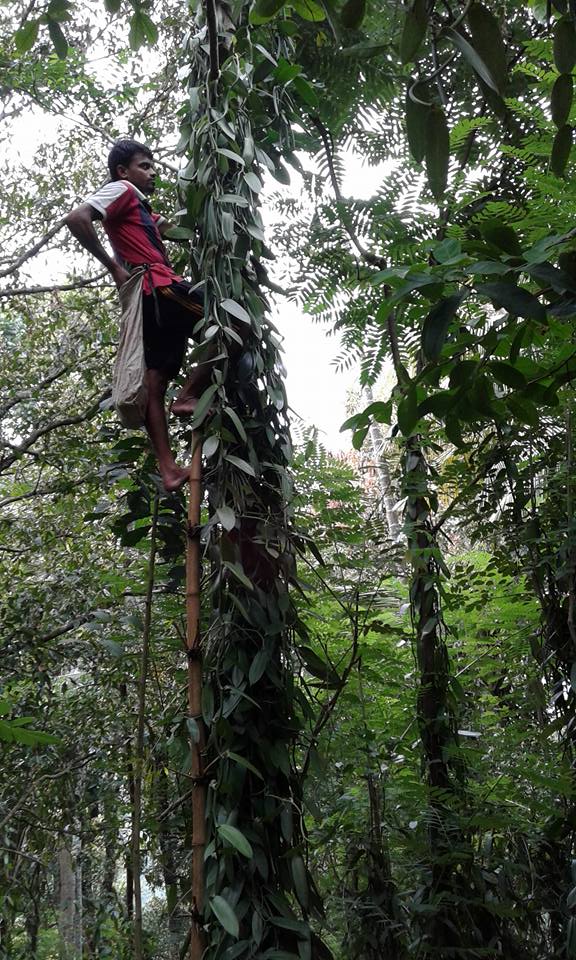