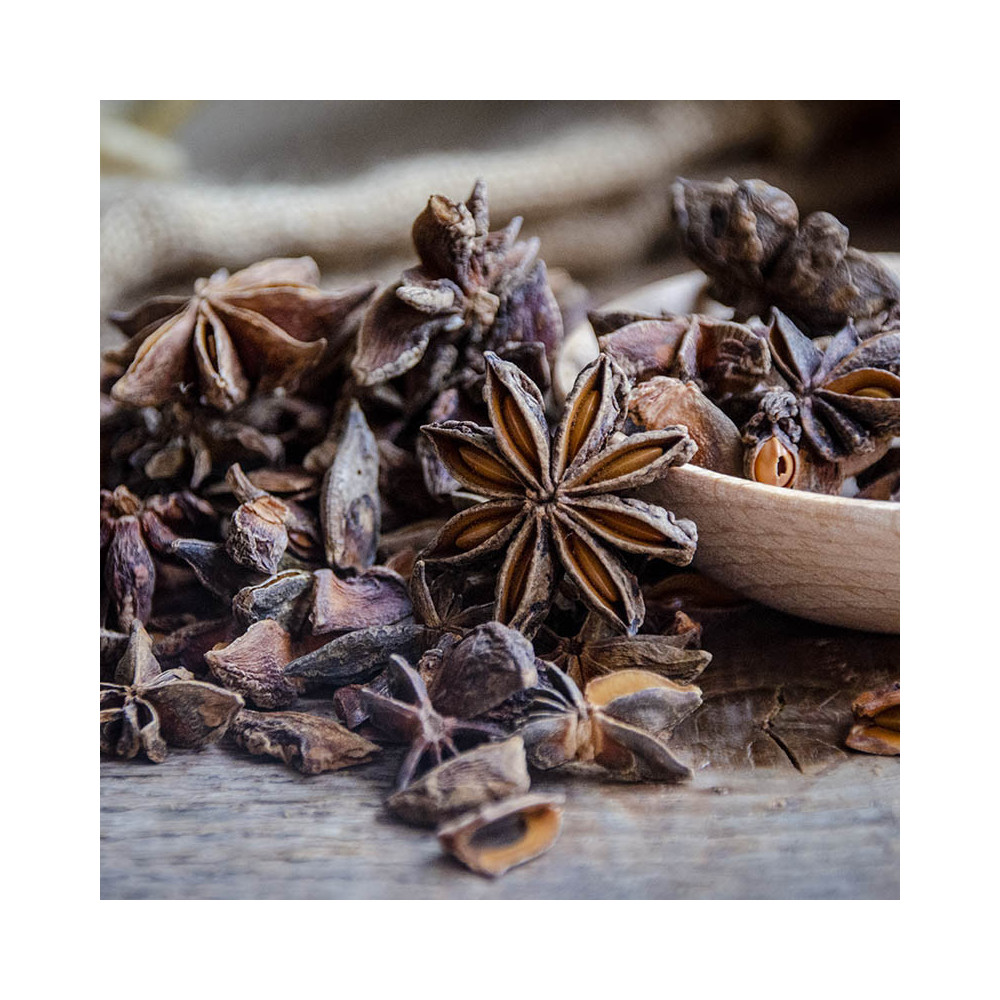 Freshness, soft flavours and powerful aniseed are at the rendezvous with star anise. One of the most aesthetic spices, Vietnamese star anise will delight you. Discover the most intense aromatic quality of the plantations. 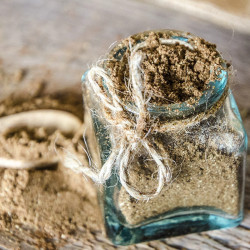 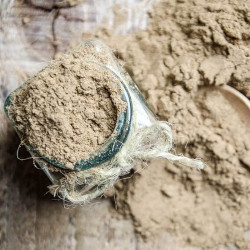 Star aniseis also known as Chinese star anise. The first name comes from its shape, the second from the tree that produces it, the Chinese star anise tree. This anise is also called Siberian an ise or Chinese fennel. Let's start with a small point of caution. If the Chinese star anise is excellent, the Japanese star anise is toxic, its marketing is simply forbidden in France. I have selected for you a star anise from Vietnam. Beyond its incomparable aesthetic aspect, it is a spice of very beautiful quality that will delight the most demanding taste buds. The star anise comes from China. It is Marco Polo that we must thank if we know this product today. However, if he brought it back first, it was the English who democratized it during the Renaissance. Thomas Cavendish then brought it back to London while Morgan, Queen Elizabeth's apothecary, fell under his spell, both for its form and taste. He then decided to share this find with other apothecaries in Europe. He took it well since it was at this time that the aniseed liqueur was born. However, this spice was very expensive and not everyone could afford it. Moreover, in China, star anise was a currency to pay taxes. The value of Chinese star anise also derives from its virtues. It is used in traditional Chinese medicine. In India, it is used as incense, imagine the sweet smell of anise embalming your home.

What is the flavour of star anise?

The star anise has, as its name suggests, taste of anise, it is not a surprise. Star anise is very aromatic and fragrant, much more so than the green anise that I also offer you. Fresh and sweet, it leaves a slightly pungent taste that is quite unique.

So it is the star anise that produces the star anise. This tree thrives in Asia where it finds the most favourable conditions. Cultivating star anise requires a great deal of patience; it takes at least 6 years before it produces fruit. On the other hand, once production is launched, it lasts for decades. The star anise tree can grow up to 10 m high and produces yellow or pink flowers which themselves will give the famous star anise. This initially green fruit can be formed from 5 to 11 carpels, although it usually has 8 carpels. Each carpelle contains a beautiful anise seed. It is when the fruit is green that it is harvested by hand. This harvest is particularly tedious and dangerous because of the height of the aniseed tree. This is why this task is only carried out by professionals. Harvested twice a year, the star anise is then dried in the sun, where it will take on its final brown colouring.

Star anise will become the star of your kitchen. Did you think you would only use it to make herbal teas or for dessert? You're wrong! With its aniseed flavors, star anise will enhance all your dishes, you will surprise your guests. In savoury dishes, it brings that little extra that makes all the difference and goes perfectly with meat or fish. It also comes to perfume all your creams, marmalades and pastries.

Velvety is that comforting dish that we enjoy throughout the winter. The velvety pumpkin soup is excellent, it seduces by its softness. Would you like to sublimate it? Add star anise to the cooking of your pumpkin, then remove it at the end of cooking before mixing. A breath of fresh air will blow at your table.

At first glance, we don't necessarily think of combining pork and aniseed. And yet, it works perfectly. I suggest a recipe with Asian accents by marinating your pork for 2 hours with crushed star anise, soy sauce, ginger and nuoc mam. Brown your pork with butter and onion and add sugar to caramelize it. A sweet and savoury recipe that you'll be telling me more about.

Here I propose to make a classic prima facie chocolate pie. To accompany it, make a mango coulis in which you have infused Chinese star anise. This sweetness will counterbalance the bitterness of the chocolate, to be discovered.

The health benefits of star anise

Chinese star anise is recognized for its virtues in both internal and external use. Eating star anise is sweet and refreshing, but it is also good for your body. This spice helps to fight against various digestive and intestinal disorders, from colitis to flatulence and bloating. Star anise stimulates bile secretion and alleviates kidney stone problems. Do you have hormonal problems, especially hot flashes? Consume star anise. With star anise, you also preserve your cardiovascular system and reduce your blood pressure. Do you have cough problems? You can perfectly inhale star anise, it clears the airways. Finally, star anise is known to fight against fatigue, stress and anxiety and increase libido. In external use, star anise is used to reduce joint pain and lumbago.

Star anise should preferably be stored away from moisture and light. 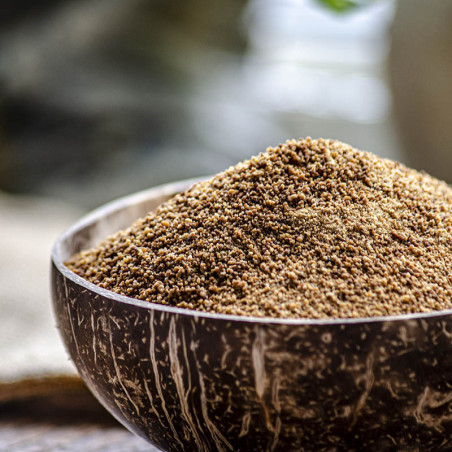 Indonesia Intense Notes of Vanilla and Caramel
From €12.90
Discover 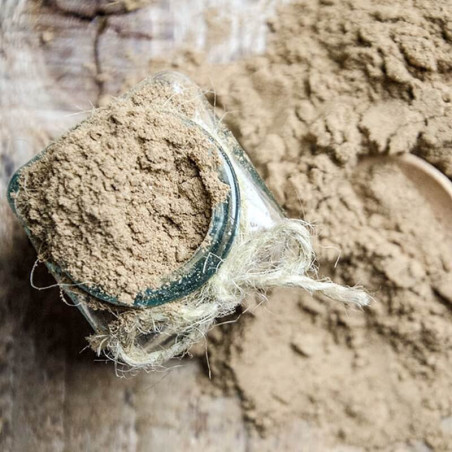 World The best for your desserts
From €6.90
Discover 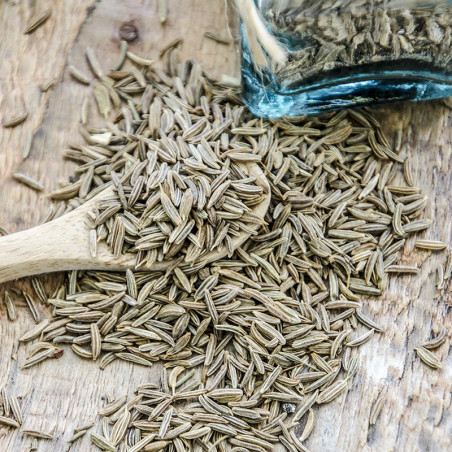 Egypt The cousin of Cumin, Intense, Anise
From €4.90
Discover 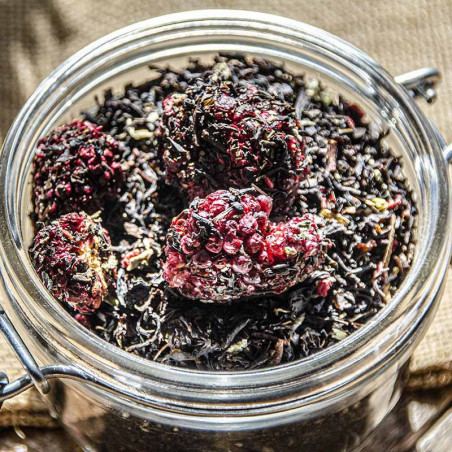