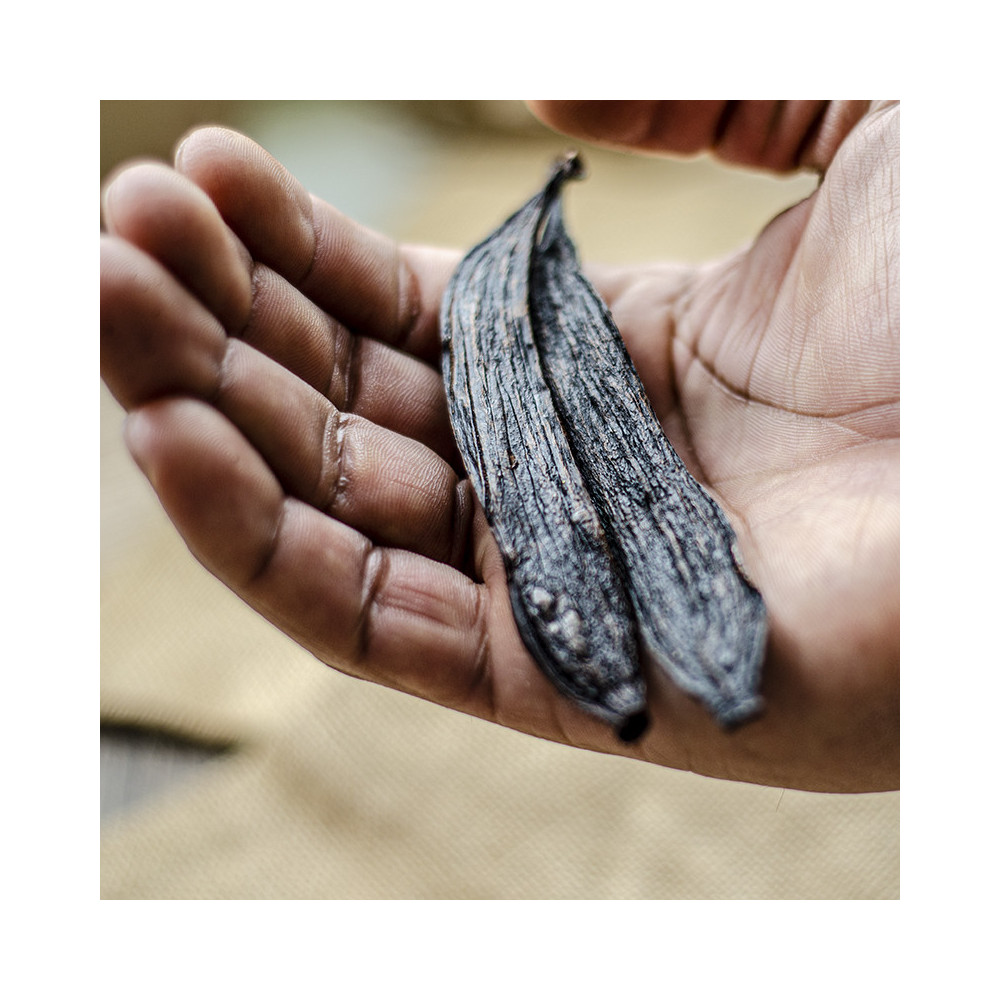 Extremely rare, it is like a diamond. Variety almost disappeared. To the nose, it is a wild vanilla, which no species can match. Notes of balsamic and licorice intermingle with those of tobacco leaves. The whole is buttered and floral. This vanilla is sold in black ebony quality, known as "Vanilla Banana" or "Grand Vanillon". Size +8cm.

THE VANILLA OF GUADELOUPE 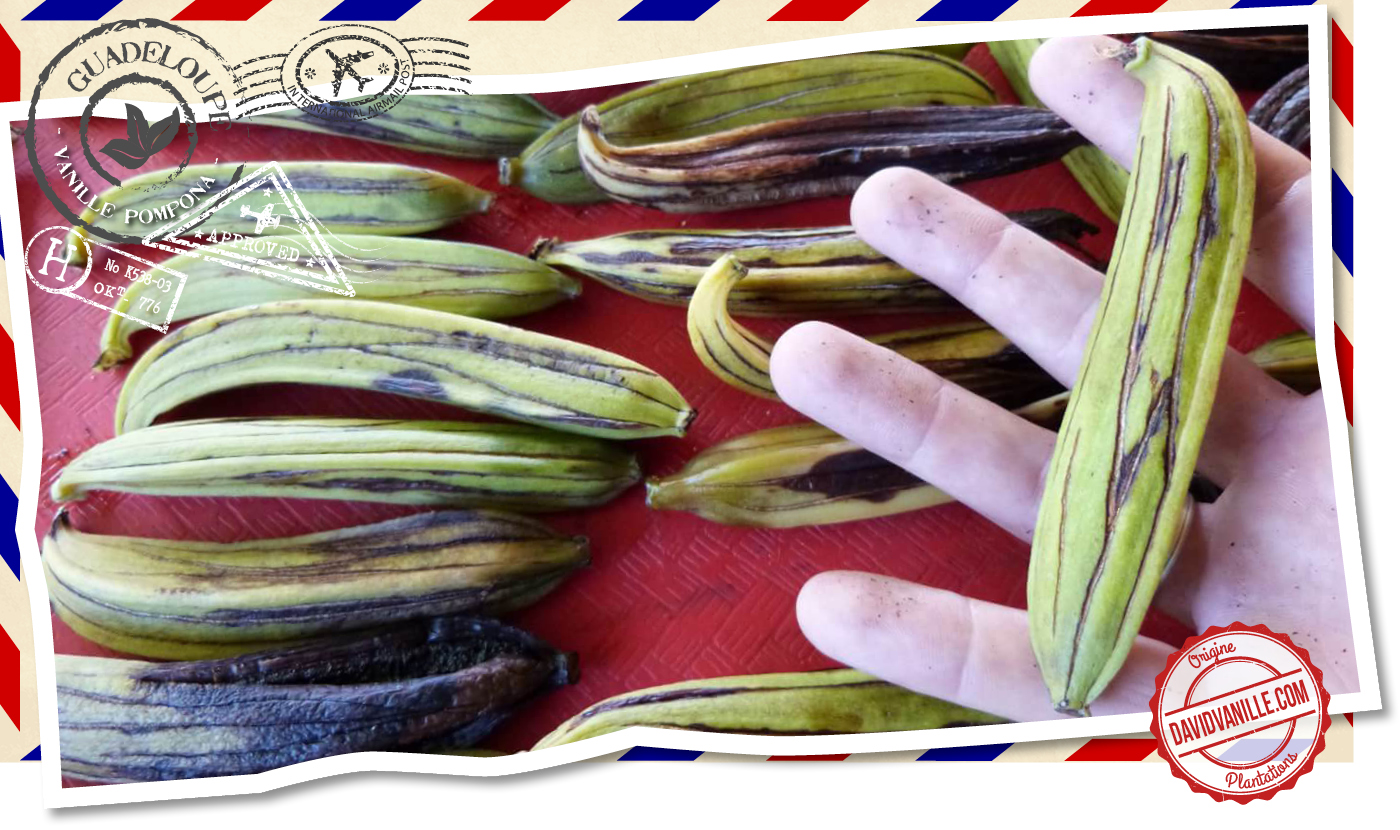 The vanilla is not "scalded" contrary to the "Bourbon Technique", it thus keeps all its strength for an exceptional enzymatic development. The natural crystallization due to a saturation of vanillin, appears on certain pods after several months of maturing in wooden boxes sheltered from the light. Nowadays, in Guadeloupe, more and more producers prefer the "Bourbon Technique" because it allows a faster processing of the harvests. David Vanille supports a traditional refining technique.

I was captivated by its aroma. Pompona vanilla is only found in a few plantations in the Basse-Terre region where it has practically disappeared. It was not exported from Guadeloupe during the vanilla years of the early 20th century. Its banana shape earned it the nickname of vanilla Banana in the West Indies or Vanillon. Its production is one of the most difficult and harvests are often poor. The Pompona vanilla, traditionally, wants to be scarified as for the Planifolia fragrans vanilla species. This farmer is a wonderful man. He was telling me just this week on the phone that this will allow him to rearrange his plantation, laughing. The West Indian strength radiates from him par excellence. This gentleness and this ability to take things with a lot of distance and philosophy.

In 2011, I arrived in Guadeloupe to follow my girlfriend. I started selling vanilla, as I did when I was 18 years old, in Lille during my studies; going back and forth on the beach. In the morning, my girlfriend would drop me off at Club Med where I would start my day with my backpack and a coconut leaf tray.

Then I went along the beach to reach the beach of Bourg de Sainte Anne where I took the time to drink a Sprite at Coco Nack before starting again during several hours. Some Guadeloupean customers asked me why I didn't offer Peyi vanilla? I had been given a few addresses and I quickly got in touch with producers in Basse-Terre. I discovered the two distinct species of Guadeloupe: vanilla planifolia and vanilla pompona schiede. Only a few growers had pompona in their plantations. Often they found it too temperamental. Indeed, this species is very difficult to harvest because too often, it splits before its full maturity (8 to 9 months). The pods are then less appreciated and are only used to make vanilla extracts locally. It is assumed that the Pompona vanilla species was already present before the arrival of the colonists, during the Amerindian era, when the island was still KARUKERA. My main producer warned me that next year he will have very few pods due to the cyclones. He also insisted that the vanillas were "out of whack" and that they were now blooming over several months of the year, making the task even more difficult.

WHY YOU SHOULD FIND OUT? Whoever discovers this exceptional vanilla can only be delighted by its quality and its unusual nose. For some, it will bring back childhood memories, while for those who love new aromatic notes, it will act as a revelation. Visually, it is majestic. Black in color, sometimes slightly reddish, it is wide and thick. Some producers like to compare its shape to that of a banana, it impresses by its difference.

In a few points, here is why it is absolutely necessary to discover it:

Simply place your bag in a cool place, away from light. To take full advantage of its aromatic palette, split your pod along its entire length, remove the seeds and incorporate the whole into your recipe.

Only a few centimeters of Pompona vanilla, in long maceration, are enough to perfume a recipe! 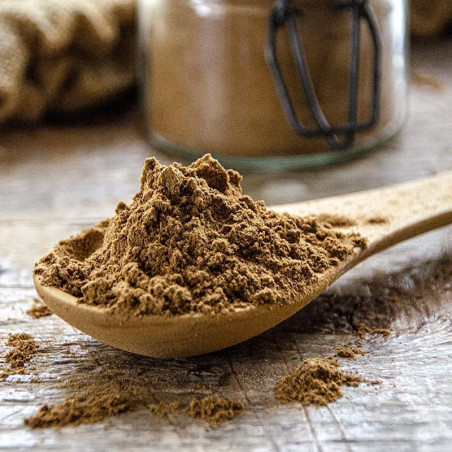 World Indispensable for the Holidays
56 reviews
-20% From €3.20
Discover 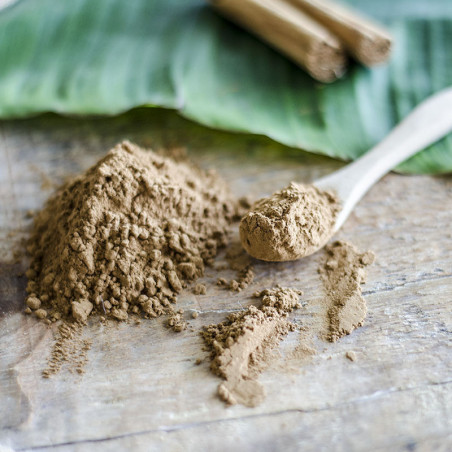 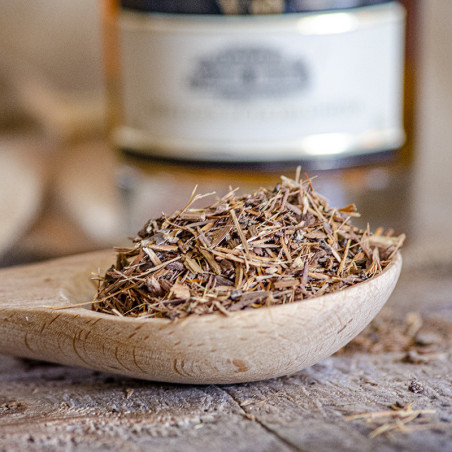 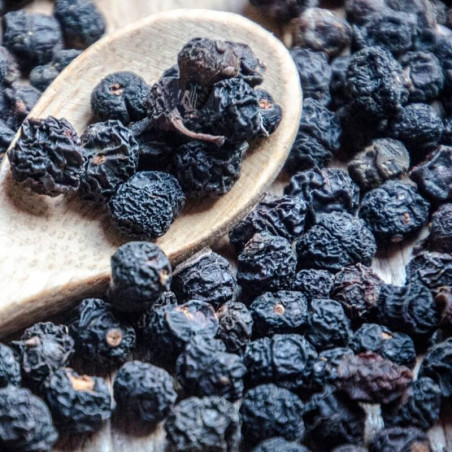