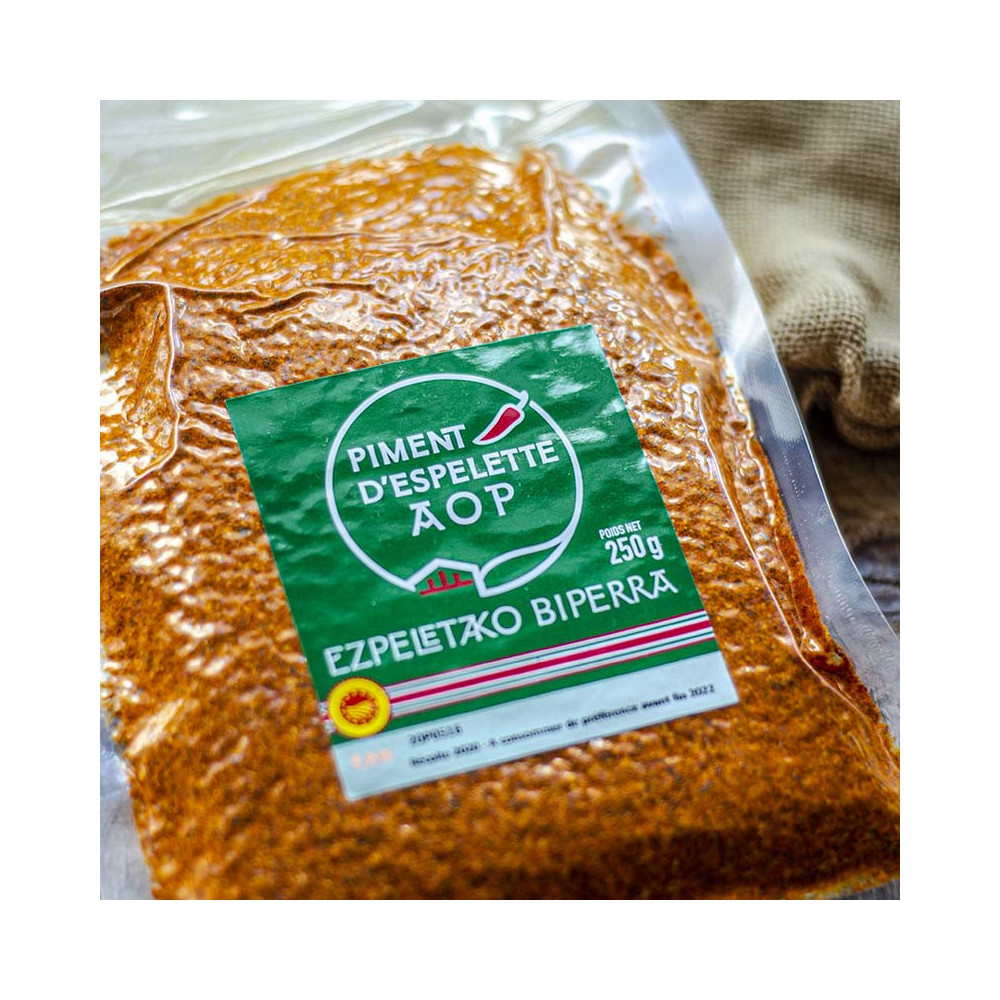 After receiving more than 50 samples of Espelette PDO chilli powder, I had a real "COUP DE FOUDRE" for this family of organic producers . Discover an exceptional chilli powder, slightly sweet notes, an aromatic amplitude mixingdried tomato, thyme, dry herbs after a summer day. On the palate, it develops a subtle spiciness, a nice warm length.

*** Our family of producers has just received the 2022 Gold Medal at the Paris Food and Agriculture Show.
David Vanille is very happy to have been the source of the Espelette chilli cream for the last three years for his customers.

- Discover the Espelette chilli cream to sublimate your most beautiful creations and starred recipes.
- Only the New Harvest 2021.

What is the organic PDO Espelette pepper ?

The Espelette pepper is a spice that we know well since it is produced in France, and more precisely in the Basque Country. This spice is particularly appreciated for its perfumed flavors and its capacity to bring a subtle taste to your recipes. However, as local as it is, theezpelatako biperra actually comes from Mexico. It is there that it is cultivated for the first time before being imported in the Basque Country in the 16th century only by a navigator: Juan Sebastian Elcano. At first, it was used for its medicinal virtues before understanding the subtlety of this spice in the kitchen. It is in 1650 that the farmers of Espelette start to cultivate this pepper. Today it is sold fresh, in chili strings or in powder. It is in this last way that I propose it to you. The Espelette chilli pepper benefits from an appellation of controlled origin since 2000 and from a protected appellation of origin since 2008. Its production meets very strict specifications. Also, the plants must belong to the species Capsicum annuum and be cultivated on 10 communes only: Ainhoa, Cambo-les-Bains, Espelette, Halsou, Itxassou, Jatxou, Larressore, Saint-Pée-sur-Nivelle, Souraïde and Ustaritz.

What is the taste of the organic PDO Espelette chilli pepper ?

If the Espelette chilli pepper is appreciated, it is for its capacity to perfume and to spice without being as strong as a traditional chilli pepper. Its spiciness is more subtle than aggressive, it is thus appropriate for everyone. We discover notes of slightly sweet tomatoes, dried herbs and thyme. There is a classification of peppers: the Scoville scale. It goes from 1 to 10, 10 corresponding to the strongest peppers in the world. The Espelette chili pepper is located at level 4 of this scale.

The harvest of the PDO Organic Espelette chilli pepper

The production process of the Espelette chilli pepper is particularly precise. The sowing is realized in April. After germination, the seedlings are transplanted in a non-heated greenhouse for about 45 days. It is in May that the seedlings are planted in the ground. At the beginning of the summer, the first flowers arrive, they will be transformed then into fruits. The Espelette chilli pepper is harvested from mid-August. It is then dried in the open air then in the oven to be finally reduced in powder.

How to use the organic PDO Espelette chilli ?

The Espelette chilli pepper, if it is not extremely strong, must be used with parsimony all the same. It is a product of very beautiful quality, it does not need much to bring flavor to your recipes. It can be used in savory recipes as well as in desserts.

Our recipe ideas with Espelette pepper

Chili con carne is a very popular dish. However, it can seem a little too spicy for sensitive palates. So I suggest you make a chili con carne with Espelette pepper, a milder spice. Brown the beef with finely chopped peppers, onions and garlic. Add cumin, oregano and Espelette pepper. When the meat is cooked, add water and let it cook for one hour on low heat. Add the drained red beans and cook for another 30 minutes.

If the brownie is a fairly classic dessert or snack, I suggest adding some Espelette pepper to bring some flavor to this recipe. Melt butter and dark chocolate in the microwave. Beat eggs and powdered sugar then add flour and yeast. Then add chocolate and butter. Mix to obtain a homogeneous paste. Add the Espelette pepper and mix again. Bake for 8 to 10 minutes at 180°.

The virtues for the health of the organic PDO Espelette pepper

The pepper revolutionizes your dishes, but it is also very good for your health. We grant him numerous virtues. The Espelette pepper is rich in vitamins C, B6 and K. It is a powerful antioxidant which allows to fight against the ageing of the cells. It also preserves cardiovascular diseases. Its anti-inflammatory virtues make it a perfect ally in the treatment of pain and arthritis. It is diuretic and has digestive properties since it allows to predigest the food that you consume. The Espelette pepper is also a slimming ally, do not hesitate to consume it during a diet.

The conservation of the organic PDO Espelette chilli pepper

It is advised to preserve the Espelette chilli pepper in a place protected from the light and from the humidity.

Based on 68 customer reviews

This has been invaluable for making my vegan meat substitute smell and taste like real meat. 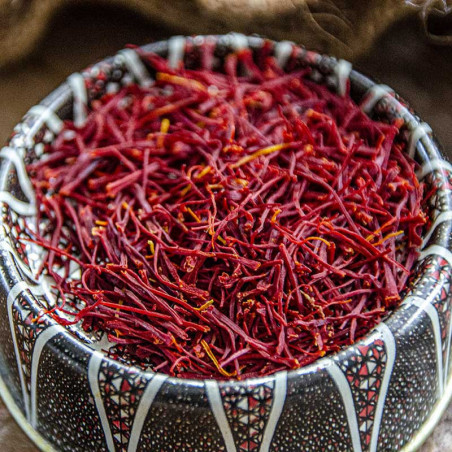 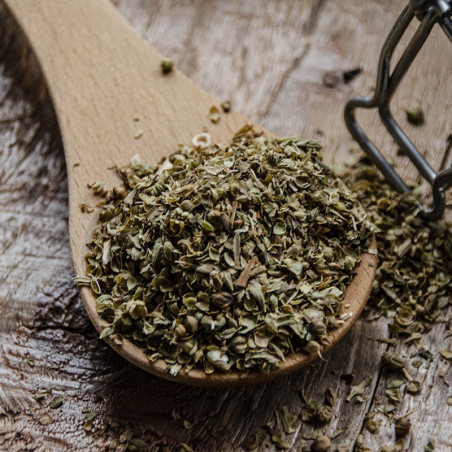 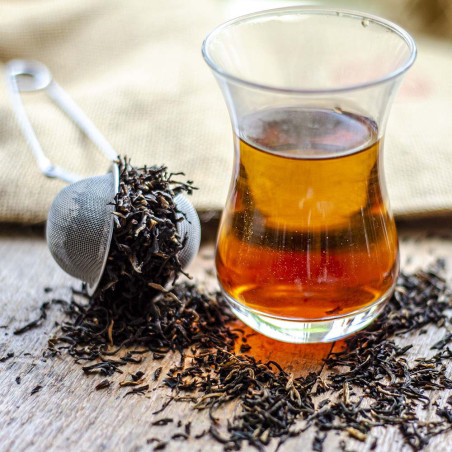