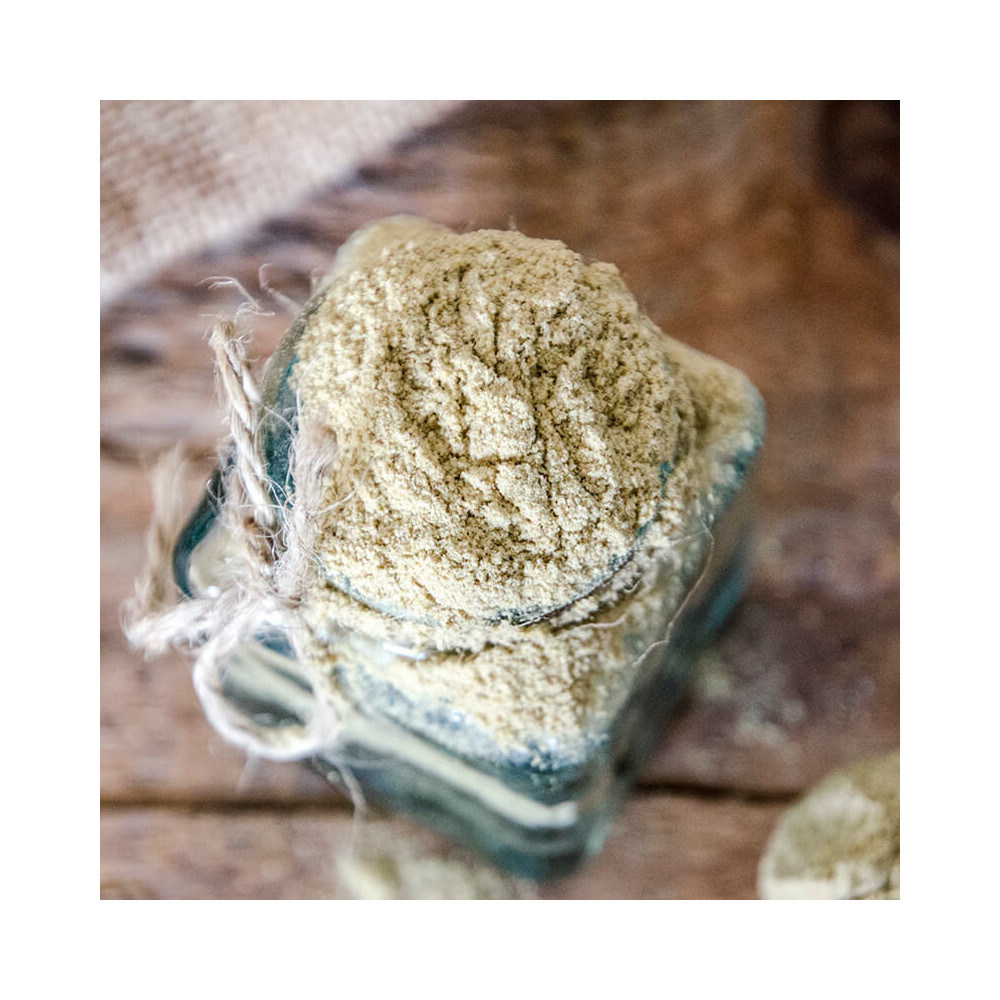 The star citrus fruit of Creole and Asian cuisine, still too little known in Europe and which deserves to find its place in your kitchen. In savory or sweet association, the Combava will be the fireworks which will put all the papillae in agreement.
I suggest a combava powder with "explosive" notes of ginger, coriander, lemongrass, yuzu with a touch of bitterness at the end.

The combava (Mauritius Papeda) is also known as combawa. It is a citrus fruit with an appearance similar to bergamot and lime, with a bumpy rind and a diameter between 4 and 6 mm. This fruit originates from the island of Sumbawa (Indonesian island located east of Bali, in the Molucca Sea) and grows on a tree with small leaves and thorny branches, bearing the same name.

Combawa is the name of the tree and its fruit. The tree is a thorny tree with a lumpy bark. It is a wild plant that is now cultivated. Both the fruit and the leaves of combava are rich in essential oil with asmell similar to that of lemongrass.

The taste of combava is a little more acidic than lime. Its leaves and peel can be consumed. The flesh of combava as for it, is little used. However, it can be used to add a touch of acidity to dishes.

Did you know? condiment star of the Creole and Asian cuisine, combava was still unknown in Europe a decade ago. Since then, great chefs such as the British chef Jamie Oliver have begun to work with it and introduce it to the general public.

The combava is a citrus fruit cultivated in Southeast Asia (Thailand, India...), but also on the island of Reunion and in Madagascar. The harvest period is in March and April, when the fruit is still dark green.

David Vanille's choice: I wanted to introduce you to the tangy and bitter flavor of combava from Madagascar. Still not used enough, it brings a contemporary touch to our traditional recipes. This combava powder will seduce you with its intense taste. 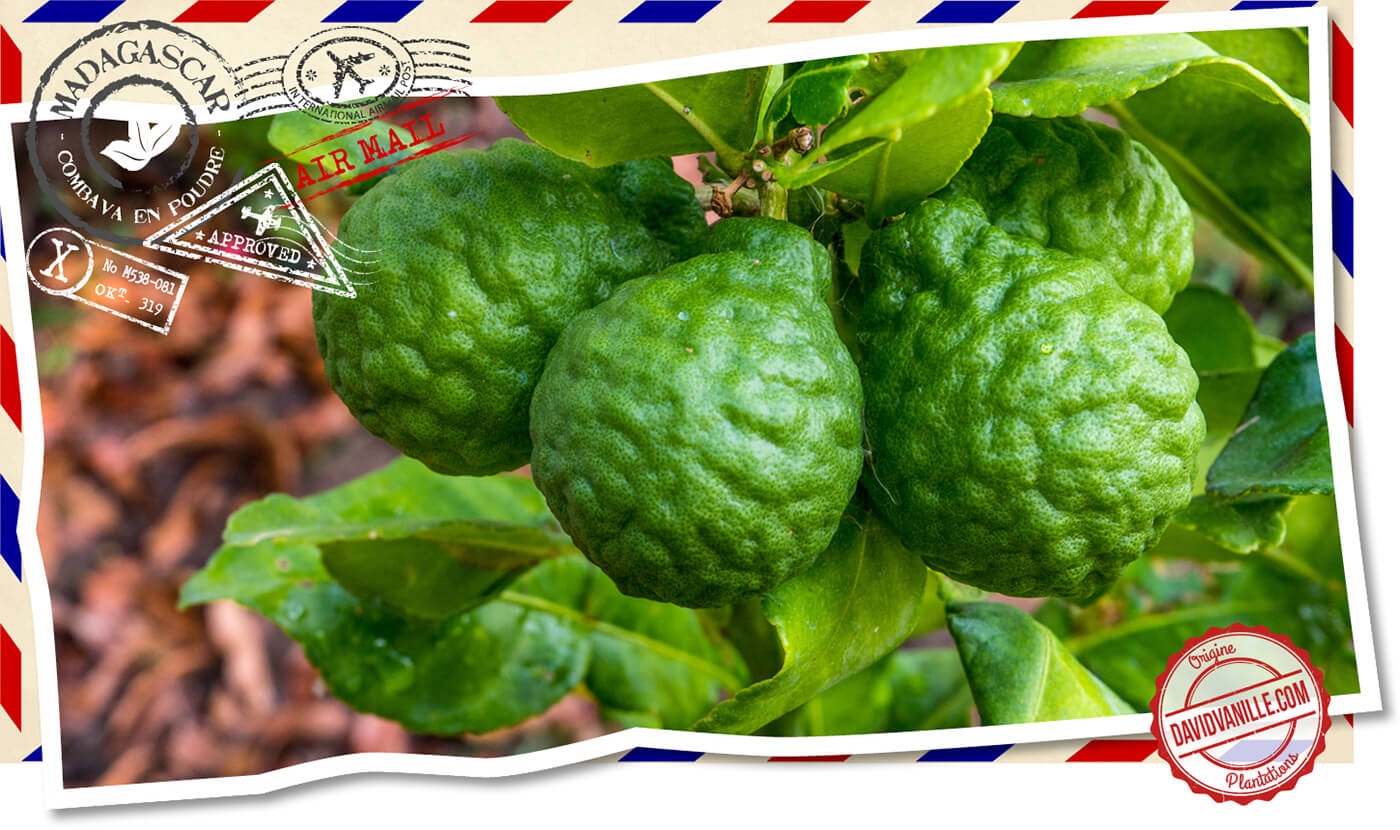 The different varieties of small lemons

- Lime (Lime): A lemon native to Asia, the fruit of the lime tree. There are two varieties: the small ones from Mexico and the Caribbean and the large ones named Tahiti, Persian Lime or Bears.

- Yuzu: a Japanese lemon with a delicate fragrance

- Limequat: a cross between lime and kumquat

- Bergamot : a citrus fruit that is a hybrid between the lemon and the sour orange

Combava is an Indonesian citrus fruit. Its name was given to it by Western sailors, in reference to the Indonesian island of Sumbawa, east of Bali in the Moluccas archipelago. It was in the 18th century that Pierre Poivre, the great French botanist, introduced it to Mauritius before having it integrated into the Botanical Garden of Montpellier. It is also found in 1924, under its former English name "Kaffir lime". This name, considered inappropriate - it means "lemon of the miscreant" - is now unusual.

The combava has therapeutic virtues. It has been used for thousands of years in traditional Chinese medicine to treat lung ailments and stomach aches.

- Other benefits of combawa are:

- An action on the reduction of the hepatotoxicity of paracetamol

- A sedative effect to reduce stress, insomnia and chronic fatigue.

How to use combava in cooking?

Combava can be eaten fresh as a citrus fruit or in powder form. Fresh, we eat the leaves, the zest and, more rarely, the flesh.

I propose to you to discover the zest of this citrus fruit in the form of a powder of combava of pastel yellow color, which will allow you a precise proportioning when you will integrate it into your preparations.

Don't be fooled by the sweetness evoked by the color of this powder, because its organoleptic power will seize you as soon as you open the freshness sachet.

The first aromatic evocation that you will receive at the time to smell the powder of Combava will be certainly that of the lemongrass endowed with a rather soft herbaceous freshness.

In the mouth, you will find both the notes of lemongrass and new sensations like this bitterness strongly reminding the flavours of yuzu associated with those of ginger and coriander.

Combava is used almost daily in Asian and Creole cuisine to balance dishes with very spicy flavors. But you have to be very careful with the dosage of this condiment so that its rich flavors don't overpower the ingredients it is meant to enhance.

Discover the different ways to use this powdered citrus fruit that will certainly not leave you indifferent.

Our recipe ideas with Combava

A star condiment from the Indian Ocean, combava allows us to revisit our traditional cuisine. It is used in particular to :

The starter: Tomatoes with combava powder

This side salad can also be enjoyed as a light and flavorful cold starter. Cut up some tomatoes. You can choose heirloom or kumato tomatoes. Slice an onion and 1 small red pepper. Add salt and ¼ teaspoon of combava powder and a little garlic powder. Serve fresh with a warm country bread or Turkish bread.

The dish: Shrimp and coconut milk risotto with combava

In this Creole-flavored risotto, the combava powder adds a tangy note that blends perfectly with the coconut. Make a creamy risotto by adding 25 cl of coconut milk. Cook your shrimp on a grill and add a little garlic. Add half a spoonful of combava powder at the end of the cooking of your risotto. Serve warm with a good dry white wine.

The dessert: Strawberry and combava waffles

Here's a fruity dessert to which combava brings a certain modernity. Make waffles and let them cool. Add a little whipped cream and strawberries cut in 4. Sprinkle with a little palpable sugar and combava powder.

How to store combava powder?

Combava powder is an aromatic that should be kept in a dark and dry place. Store it in an airtight jar so that it retains its full flavour for a long time. 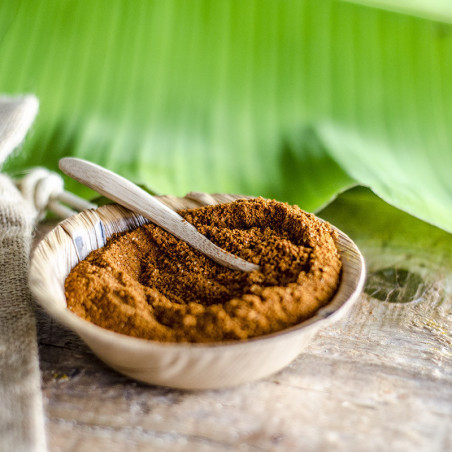 World An Ode to Maghreb Cuisine
118 reviews
From €6.99
Discover 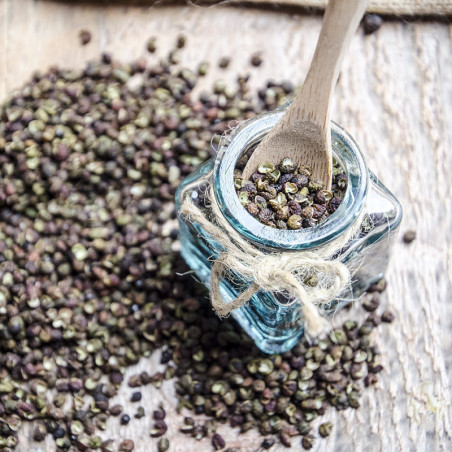 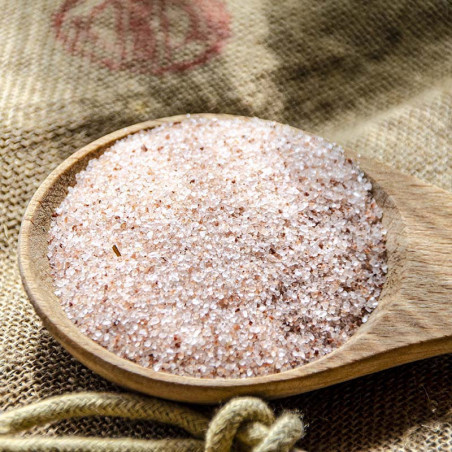