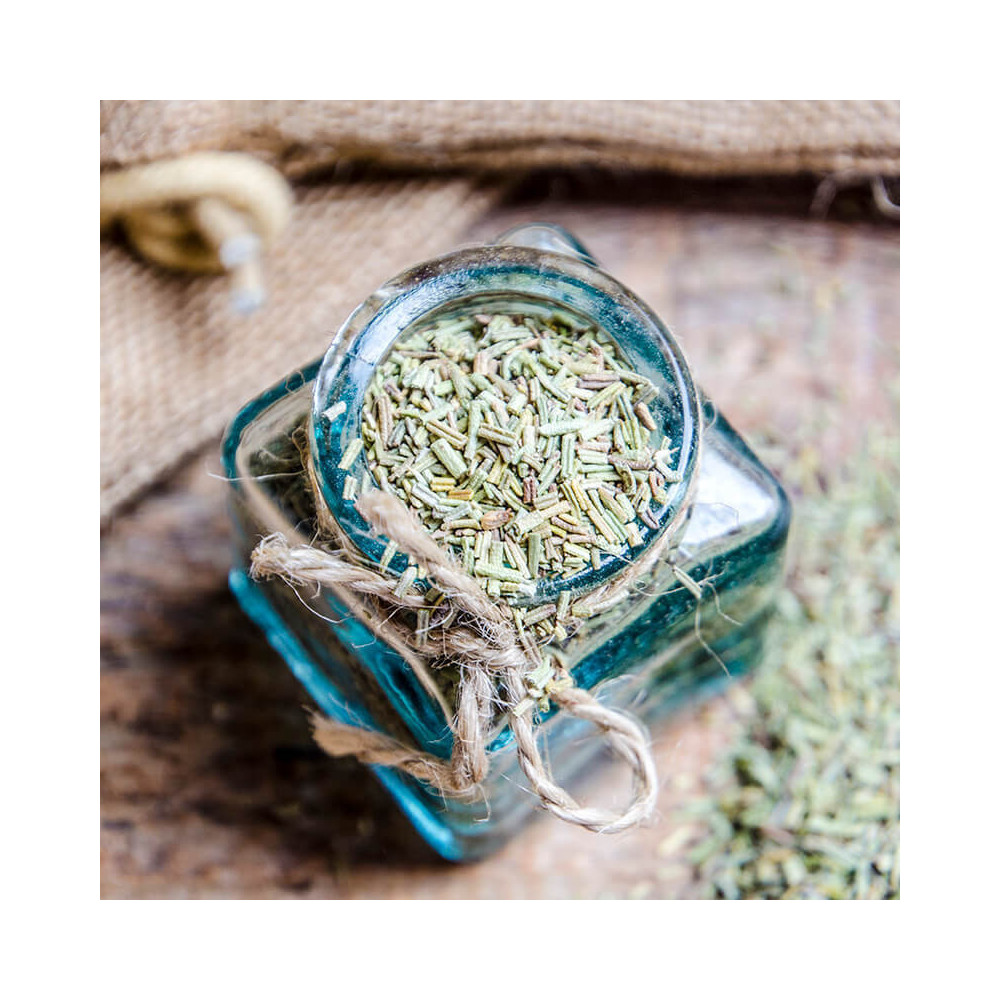 Discover a rosemary of exceptional quality. Intense, lemony and coniferous notes. This Cleopatra rosemary has a sweet green-brown monochrome that quickly evokes its ability to perfume all grilling and stewing dishes

"A micro-lot from the Nile Delta region."

« All the power of an excellent quality rosemary. Fill up with sunshine! »
Discover also 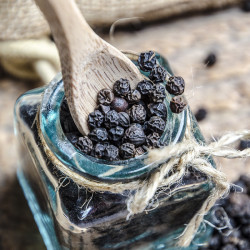 WHAT IS CLEOPATRA ROSEMARY?

Among the aromatic herbs that easily remind us of summer flavours and smells, we find Rosemary in particular. This plant is naturally associated with the scrubland, singing cicadas, the sun..

But do you really know Rosemary? Did you know that it occupied a prominent place in ancient civilizations, especially Egypt? The famous Egyptian queen Cleopatra, in particular, used it very regularly, in different contexts.

Rosemary comes in the form of a shrub belonging to the Lamiaceae family. It is mainly found around the Mediterranean, like Cleopatra who, being Greek by birth, conquered the hearts of the Egyptian people before melting the hearts of the powerful Romans. The latter can reach 1.5 metres in height in its favourite environments such as garrigues, rocky outcrops or scrubland, up to 1500 metres above sea level. This shrub has an evergreen foliage of a dark green colour shining on top and rather light underneath. It is these leaves that are at the origin of the pleasant typical smell that we recognize in Rosemary, and that we will harvest in order to benefit from the gustatory, olfactory and medicinal qualities of this plant.

The term "rosemary" has different etymological origins: it comes either from the Latin "ros marinus" which means "sea dew" (because it is satisfied with very little water, and the dew of the sea is sufficient to flourish) or from the Greek "rhops myrinos" which represents it rather well since it means "aromatic bush" 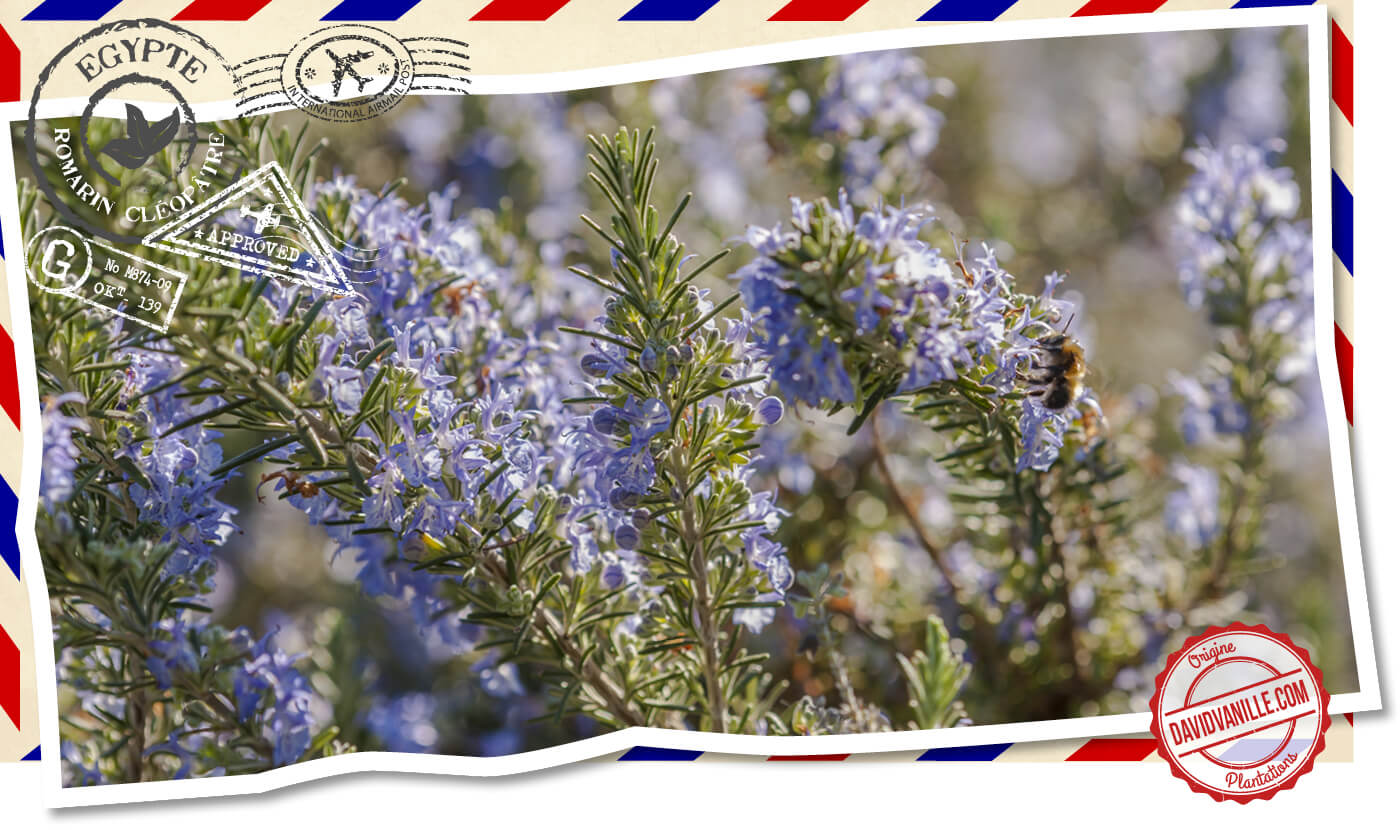 HOW TO USE THE CLEOPATRA ROSEMARY IN THE KITCHEN ?

The leafy branches of Rosemary can be eaten fresh or dry. I propose them to you in their freeze-dried version in order to preserve the flavours and olfactory notes in an optimal way and to make its daily use the most practical possible.

Rosemary is one of the star aromatic herbs of barbecue parties, and is often used both when sprinkling it directly on grilled items (meat, fish, vegetables) and to season marinades, or when using its branches as skewers for vegetables.

But her talents don't stop at the summer pleasures of grilled meats of all kinds, far from it.

Rosemary is also used to give a revitalising freshness to many sauce dishes, stews, stews, soups... This aromatic plant can also be used to smoke meat or fish, allowing it to absorb some of its delicate fragrance.

More surprising, but no less succulent: Rosemary easily finds its place in certain sweet dishes, whether desserts or side dishes... If your curiosity has been piqued by this information, I invite you to read the following paragraph.

Finally, Rosemary, just like thyme, is very pleasant to drink as an infusion during the long, cold winter evenings. We know from Cleopatra, that beyond her legendary beauty, her power of seduction also resided in her musical voice. It would seem that her secret came from a daily consumption of infused Rosemary.

The major role of Cleopatra Rosemary will be to bring to all your cooking its sparkling freshness coming directly from the Mediterranean regions. Whether you use it for grilling or simmering dishes (or for sweet suggestions), this aromatic plant will bring you the best of its organoleptic palette. In the manner of Cleopatra, seduce the palates of your guests with gentleness and ingenuity, using Cleopatra Rosemary.

For your meat dishes :

Prepare wonderful white meat dishes such as Rabbit with Mustard, Filet Mignon with Rosemary and Olives, or a delicious Chicken, Tapenade and Rosemary. This "crown herb" will deliver the best of its flavours throughout the cooking of your dishes so that the delight is guaranteed once served. Red meats go perfectly with this herb. For your family meals, what could be better than a Confit Lamb Mouse with Garlic and Rosemary? You can also be inspired by Julie Andrieu who proposes a delicious Roast Beef with rosemary and balsamic vinegarRosemary also forms a very beautiful alliance with duck or game, take the opportunity to savour this plant as a seasoning for your Duck Breast or a Roasted Doe Fillet with Rosemary.

Of course, Cleopatra Rosemary will accompany all meats that you wish to grill on the barbecue, either by sprinkling it directly on your pieces or by incorporating it into a marinade.

For your fish and shellfish :

If Rosemary is a great ally for all your meats, it is also a wonderful seasoning for your seafood products. Indeed, it will enhance all your fish and shellfish by bringing them this typical freshness that will enhance their iodized flavours.

You can enjoy delicious fish en papillote (Salmon en papillote with Rosemary, Hake, Tuna, ...), a Roasted Cod with Rosemary, or, in the manner of Alain Ducasse, a Cod in Almond Crust and Beans with Confit Garlic. The combinations are infinite, as you will have understood.

Also sublimate your shellfish by combining them with the typical flavours of Cleopatra Rosemary. Prepare delicious Scallop and Rosemary Skewers, or a fabulous Lobster with Rosemary roasted spices, Penne with truffles, according to Chef Robuchon.

Make your vegetables sing with Rosemary

Contrary to all expectations, Cleopatra Rosemary is not only used in savoury dishes and other grilled dishes.

Indeed, it will also make a very good marriage with your desserts! Have the audacity to add a little Cleopatra Rosemary to your fruit-based desserts, especially peaches, figs and apricots (compotes, jams, pies, ice cream and homemade sorbets,...). It will bring an original and fragrant touch to your dark chocolate desserts and especially to ganaches.

Cleopatra Rosemary can also be enjoyed as a drink: whether you are looking for the warm comfort of an infusion in the heart of winter, or rather the invigorating power of a traditional drink that consists of letting Rosemary macerate for several weeks in wine*, Rosemary has an answer to all your needs!

ORIGIN AND HISTORY OF CLEOPATRA ROSEMARY

Rosemary is an aromatic plant which finds its origins in the South of Europe, all around the Mediterranean. Its traces can be found in various stories and legends.

Legend has it that this plant originally had white flowers. But at the moment of giving birth to the baby Jesus, the Virgin Mary would have placed her blue cloak on a rosemary plant planted in front of the stable, and that since that day, the rosemary flowers are blue.

Rosemary was revered by several civilizations. For example, it was the symbol of success among the Greeks, since they made crowns of it to adorn the heads of students, so that they could benefit from its stimulating action on brain functions. These same crowns were also part of the attire of young wives at bridal celebrations. It is also known that the Egyptians placed branches of rosemary in the tombs of the pharaohs to strengthen their souls. It was also used by the last queen of Egypt in her daily life, in its oily form, incorporated in her famous donkey's milk baths, which helped to preserve all the brilliance of her beauty over the years. It is also evoked that her enlightened spirit which made her a conquering and respected woman also came from this cosmetic and culinary consumption of Rosemary.

Rosemary is found in the Capitular of Villis (8th/9th centuries), as one of the plants whose cultivation was recommended by Charlemagne in the royal domains.

Rosemary will take all its letters of nobility through a legend linked to Queen Donna Isabella of Hungary. We are in the 17th century, in the city of Bude, Hungary. Donna Isabella is a septuagenarian suffering from the ills of her age and whose freshness has been outdated in recent years (some would say that her face was undeniably ugly). One fine day, she met a hermit who offered her a miraculous water that was prepared with rosemary and impregnated with a magic formula. He advised her to drink it and to wash her face with this water daily for a period of one year. The miracle happened one year later: the septuagenarian no longer suffered from rheumatism or gout attacks and had regained her face as a young woman. So much so that her neighbour, the young King of Poland, asked her to marry him. Of course, this legend could only inspire the whole court of Louis XIV, and we know that this cosmetic remedy was one of Madame de Sevigne's favorites

OTHER USES OF CLEOPATRA ROSEMARY

If Rosemary is an ally of choice in everyday cooking, he knows how to use his talents in cosmetics (as we discovered above), but also in phytotherapy.

Throughout history, we know that Rosemary was used to counter plague epidemics. Branches were burnt to purify the air and it was also sometimes worn on the nose and mouth, like a mask, when passing through heavily contaminated areas.

Rosemary is a very melliferous plant that allows bees to make a very tasty honey with southern accents. Moreover, this honey which is also called "Honey of Narbonne" was one of the many ingredients used in the Western maritime pharmacopoeia of the 18th century to prepare the counter-poison that was the theriac.

Today, we know that this plant has various health benefits. It acts both on the digestive system by being an excellent hepatoprotective and choleretic; on the immune system by having antibacterial and antimycotic qualities; it activates blood circulation, especially when used as an oil in a bath. Rosemary is said to influence the functioning of the nervous system by combating depression and asthenia.

Based on 76 customer reviews 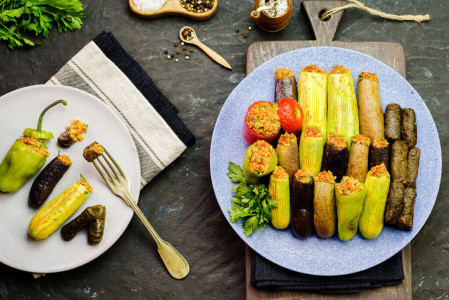 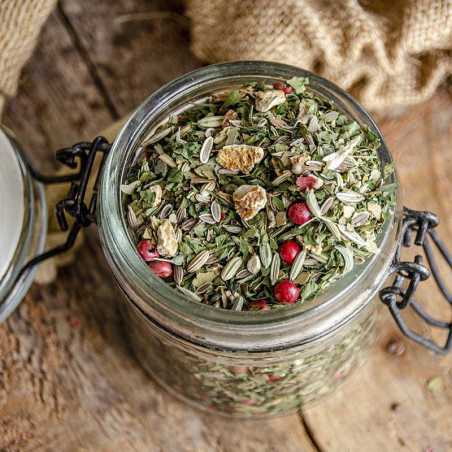 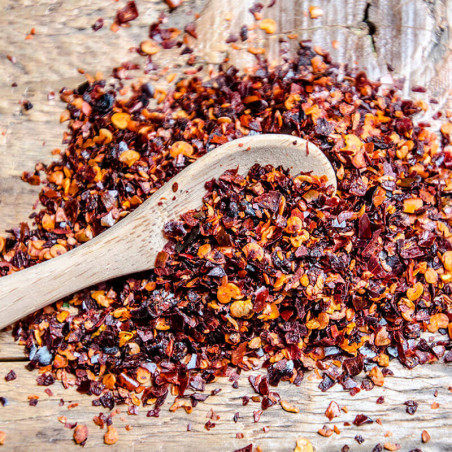 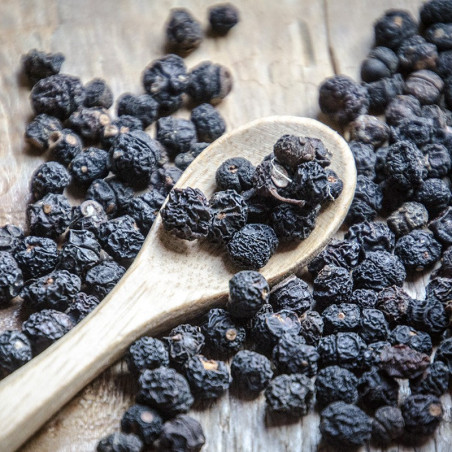 Australia Wild Fruits of the Forest, Blueberries
From €4.99
Discover