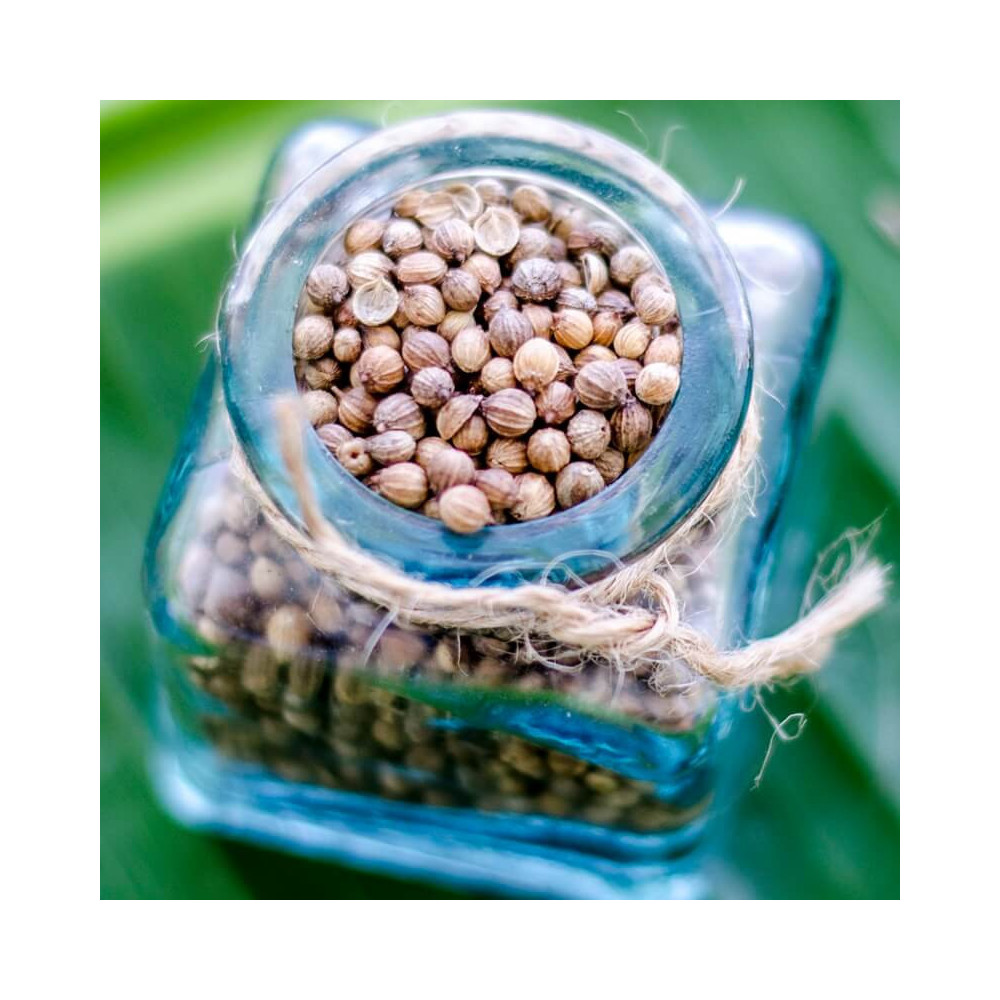 Star of your gherkin jar, coriander seed can be used in various preparations. Major ingredient of curry, it can be combined with many meats and vegetables to flavour your preparations and give them a light citrus note

"Bring a little amplitude to your recipes with my coriander seeds"

What is coriander seeds?

Coriander, or Coriandrum sativum, is an herbaceous plant that belongs to the Apiaceae family in the same way as parsley. Coriander is also nicknamed Chinese parsley or Arab parsley. Although it is found in Asian and Latin American cuisines, it occupies an important place in French cuisine, particularly in Mediterranean cuisine. We use the leaves of coriander, but also its dried fruit. I propose here coriander seeds that you can use as is or that you can grind with a simple pepper mill. The leaves are used as a condiment, the seeds are considered a spice. Used alone in all your preparations, coriander is also found in various spice blends like curry. Thus, it goes perfectly with ginger, turmeric, cumin or paprika. It is also found in jars of gherkins to flavour them.

What is the flavour of coriander seeds?

Coriander offers a very subtle taste that tugs at the citrus and clean a slight bitterness.

Coriander is an annual plant, generally 30 to 60 cm high, although it can grow to more than a metre in height. Very pretty white or purple-pink flowers bloom on this herbaceous plant. They give way to green fruits, which, when ripe, are rather light ochre in colour. These seeds are harvested when they change colour and are easily detached.

In seeds or powder, coriander will become the star of your kitchen. However, be careful to dose it well so as not to make your dishes too bitter. As an aperitif, prepare a tzatzíki with yoghurt, cucumber, pepper, salt and coriander powder and dip in carrot sticks. As a starter, it is perfect in a broth with Asian flavours, as the Chinese are very fond of this spice. For lovers of freshness, the coriander seed will flavour a zucchini and tomato tartar with feta cheese. This spice can be used in all your marinades for barbecued meats, especially white meats such as chicken. Chicken can also be baked in the oven with coriander seeds that, throughout the cooking process, will give it that light citrus scent that will make your taste buds travel. Coriander can also accompany oriental dishes such as couscous or tagine. It goes perfectly with vegetables, as you can imagine in a delicious carrot soup. If you have a vegetable garden and you grow gherkins, don't forget to put coriander seeds, pepper, salt and small onions in your jar to flavour your gherkins. Do you like to get off the beaten track? Why not use cilantro for dessert. In a lemon mellow or strawberry soup, it will work wonders. In a fruit salad too, its citrus flavours and slight bitterness will counterbalance the sugar in the fruit.

Coriander is a medicinal plant. It is known for its digestive properties and helps fight against flatulence and other bloating. In India, it is consumed at the end of a meal in a mixture called pan masala. Eating coriander also helps to freshen the breath. In some Middle Eastern countries, coriander seeds are also eaten to combat fatigue and stress. Rich in antioxidants, it helps to delay the aging of cells.

It is preferable to keep the coriander seeds in the airtight bag in which I deliver it to you by placing it away from light and humidity.

Based on 17 customer reviews 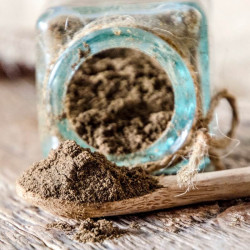 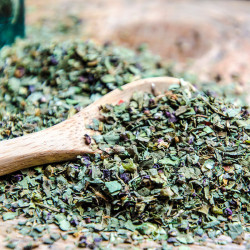