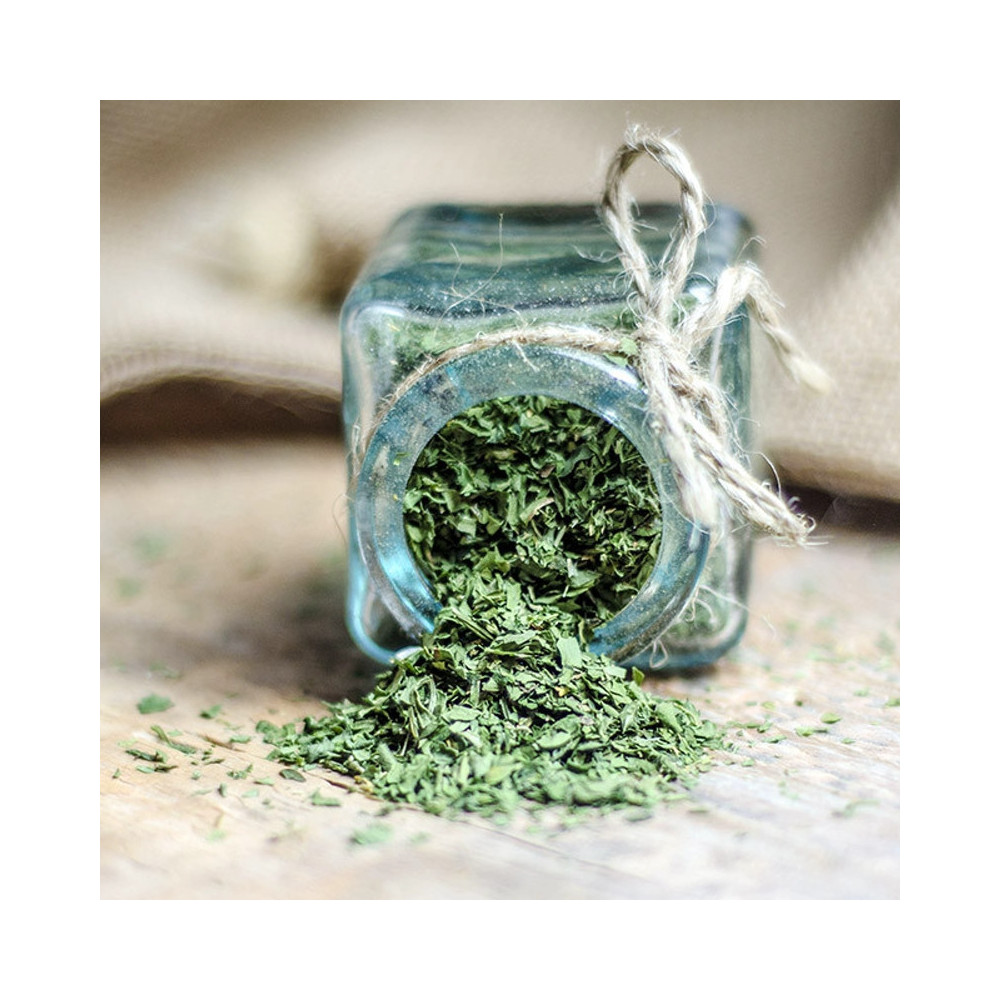 Fresh freeze-dried parsley is a must in our kitchen. It should always be kept in the cupboard. Discover a tasty parsley for everyday use. Vegetables, fish, white meats and even sorbets... parsley can be used in your best recipes

"Ideal for omelettes and potato-based dishes"