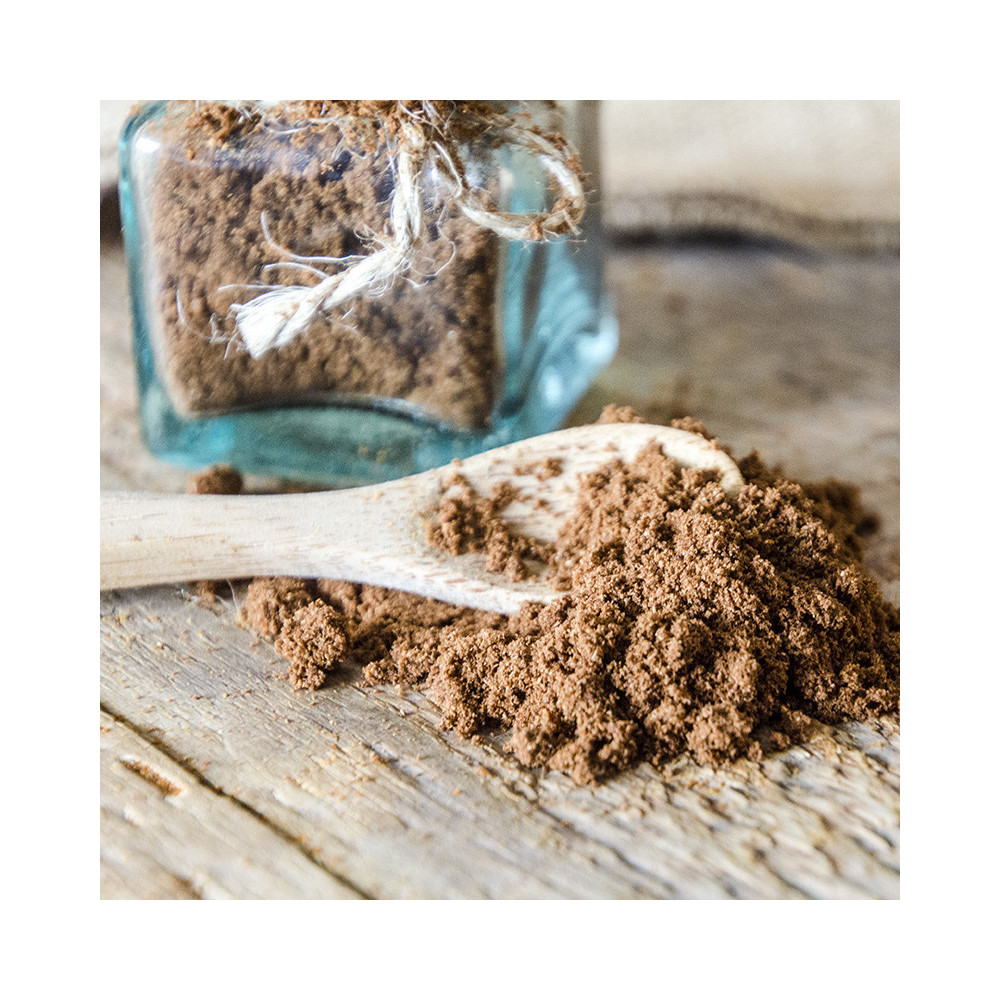 I offer you one of the most famous varieties of star anise. Discover its unique aniseed flavor and slightly sweet taste. To use in your savoury or sweet recipes, it brings original flavours to your dishes.

« A quality with an incredible aromatic power. »
Discover also 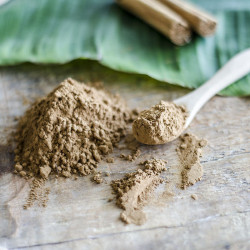 Star anise(Illicium verum) is also known as star anise. It is the fruit of the star anise tree. This tree grows in tropical and subtropical regions of Asia.

The star anise from Vietnam is the most famous.

Thebadian tree is an evergreen tree that develops yellowish, slightly greenish flowers during its flowering period. Its fruits (carpels) are distinguished by their star-like shape, hence the name: star anise.

Star anise develops an intense fragrance. It is found in spice blends, including the famous"5 spices", infused in black tea and in many traditional Asian recipes such as Pho soup, the Vietnamese national dish, or Bánh Gan, a Vietnamese flan with coconut milk.

The badian tree starts to bear fruit once it has reached maturity, 15 years after planting. Star anise is harvested twice a year in spring (March) and autumn (September and October)

Star anise is grown by local growers. It is grown green and continues to ripen. It can be used whole or in powder form.

Did you know that? It is customary in the province of Lang Son, in the north-east of Vietnam, to plant an aniseed tree at the birth of a child. 15 years later, the star anise harvested will be used to finance that child's education.

David Vanille's opinion: I have chosen to offer you Vietnamese star anise, of a higher quality than Chinese or Indian anise. This spice with an aniseed taste is a must in pastry making. Used in cooking, it brings an oriental flavour to your dishes. The star anise powder is appreciated in cooking for its simplicity of use and the accuracy of the dosage.

The different varieties of anise

There are several varieties of aniseed:

Star anise has a stronger taste than green anise. Star anise comes from China, Vietnam or India, while green anise is native to the Mediterranean basin. 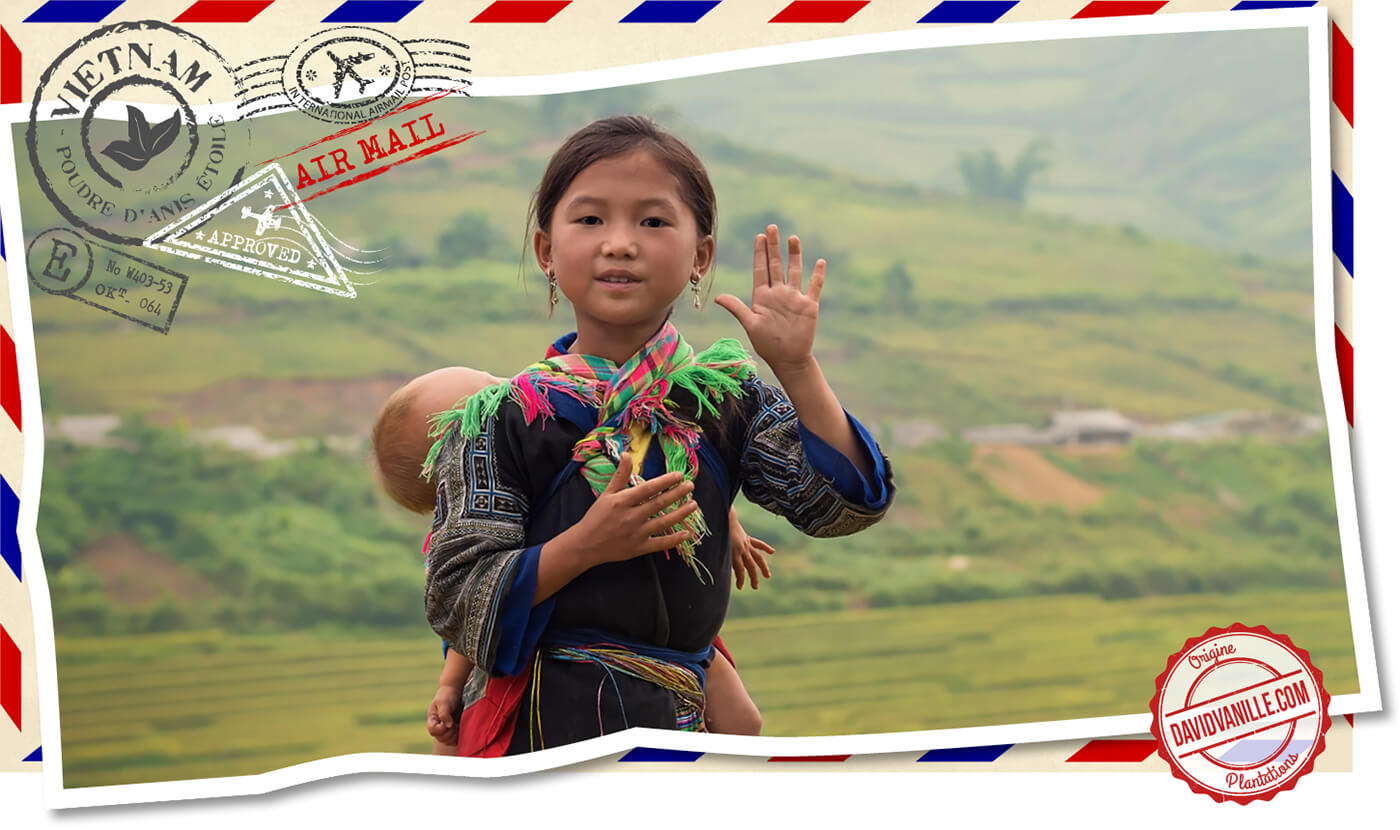 The origins of star anise

Anise is an aromatic plant whose first traces can be found in Greece and Ancient Rome in 1600 B.C. It was used among other things as a :

Marco Polo brought badian to Europe in the 14th century. In the 16th century, aniseed was used to spice jams.

Anise is used in many alcohol recipes such as Pastis or anisette. It is also found in the composition of some flu medications.

Did you know this? Aniseis one of the ingredients in the 5 spice blend which includes : Szechuan pepper Cinnamon Fennel seeds Aniseed Clove

Other uses of star anise

Anise has many medicinal properties. One makes of it essential oil of badiane, used for its digestive virtues and its action on the respiratory tracts. It is one of the most used plants in phytotherapy and traditional medicine.

It possesses the following properties:

Star anise is also used in some treatments for :

How to use star anise in cooking?

Traditionally, star anise is eaten whole but star anise powder is more commonly used today. Star anise can be added to a simmering dish or incorporated into a broth or soup. It is also made into infusions or added to black tea to bring its sweet, aniseedy flavour

The star anise powder allows you to dose the seasoning precisely. It is used sparingly because its taste is intense.

The unique taste of star anise is used in many sweet and savoury recipes. Vietnamese star anise is an exceptional variety from the mountainous regions of the northeast of the country. With its intense taste, it gives another dimension to your cooking.

Anise blends perfectly with citrus fruits, so I have chosen to offer you a simple and light oriental recipe. Cut the orange supremes or cut your oranges into thin slices with a sharp knife. Add a little honey and sprinkle with star anise. This side salad can be served for breakfast, lunch or dinner. It is delicious with roast poultry.

For lunch, we suggest a quick and tasty recipe where star anise and fennel go hand in hand for our greatest pleasure. Use puff pastry as a base. In a frying pan, brown sliced onions and fennel. Add the Vietnam star anise powder and moisten with a glass of vegetable stock. Add a little pepper. Once the broth is reduced, drain your vegetables and spread them on your dough. Put in the oven. Excellent with a white wine!

The dessert: mulled wine with spices

Anessential winter drink that warms bodies and hearts in the cold season, mulled wine would not have this particular taste without star anise. For a bottle of red wine, count 5 cl of juniper alcohol, one star anise star (or half a teaspoon of powdered star anise), 2 cinnamon sticks, 3 cloves, nutmeg, ginger, 125g of sugar and the zests of a quarter lemon and a quarter orange. Simmer for 15 to 20 minutes. Serve very hot!

Tip: Don't you have whole star anise? Half a spoonful of star anise powder will add just as much flavour.

How to store star anise (Badiane)?

To preserve all the taste qualities of your star anise powder, store it in an airtight container, preferably in a cool, dry place, away from light.

Whole star anise stars can be kept for 2 to 4 years depending on the conditions in which they are stored.

Star anise seeds keep longer than star anise, always in an airtight jar and in a dry, dark atmosphere.

Based on 35 customer reviews