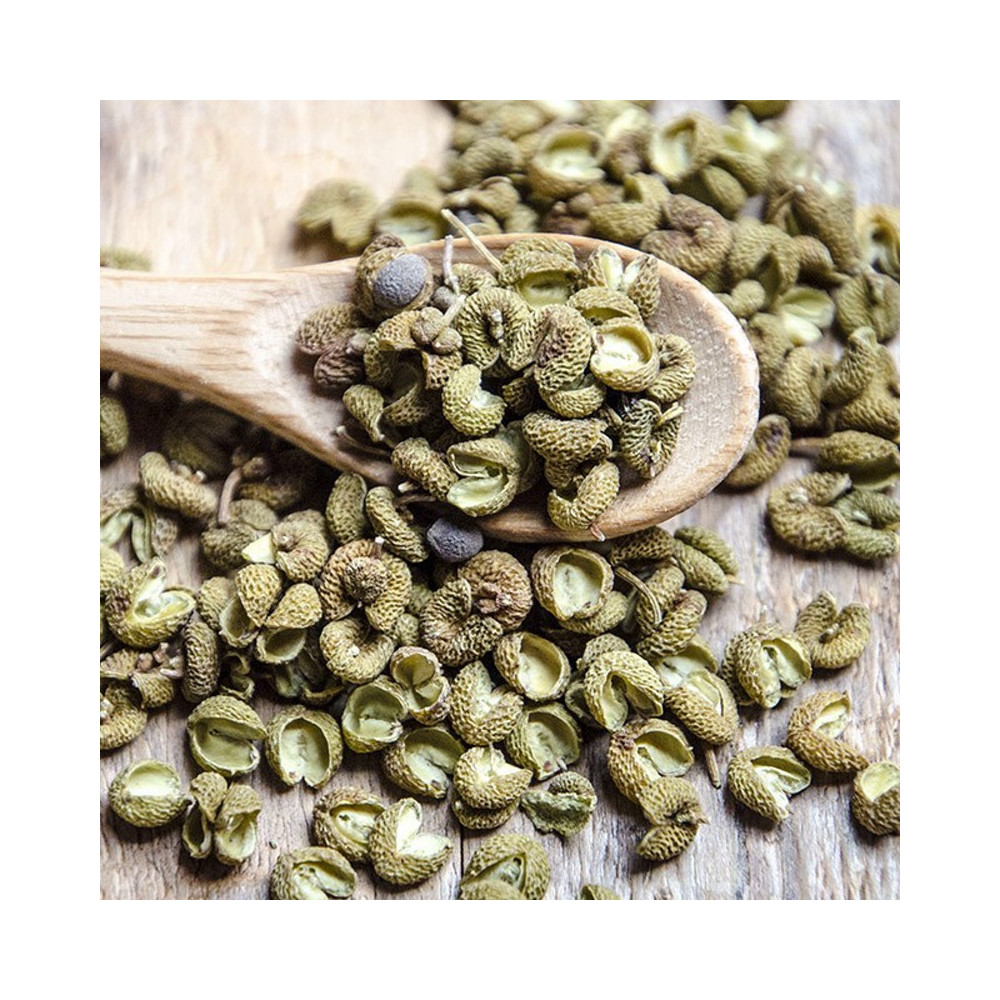 Sansho pepper is a rare pepper with yuzu and tangy notes. It has a very lively, bewitching nose! An exceptional intensity that must absolutely be discovered!
Its power is a choice ally to its freshness to make your dishes real travel books.

"Sansho pepper is distinguished by its Yuzu notes and its intensity... Great!"