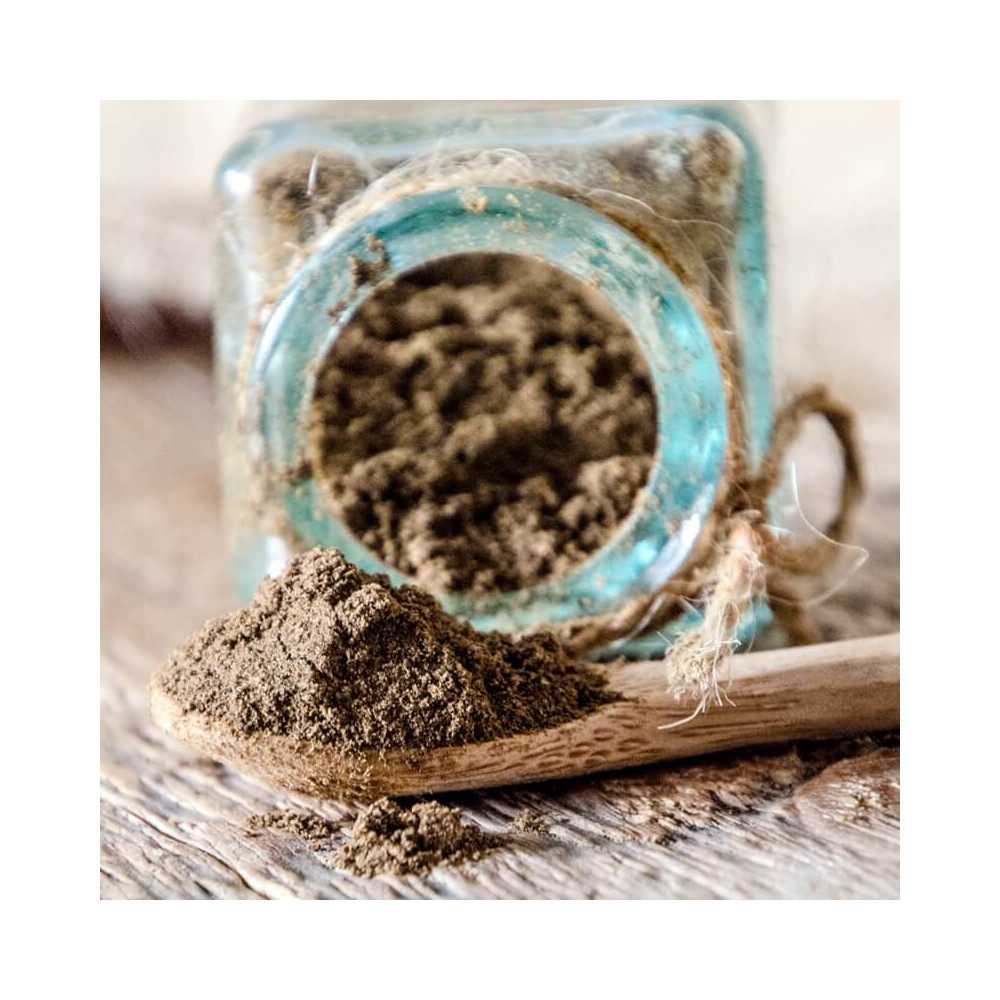 The wild Voatsiperifery pepper from Madagascar is a rare variety developing a spiciness of medium intensity and woody and fruity notes. It has the particularity to be associated with a wide variety of dishes and ingredients. We propose it to you here in powder form for a daily use.

"Ideal for meats, fruity and woody notes, off the beaten track"

« Ideal for meats, fruity and woody notes, off the beaten track. »
Discover also 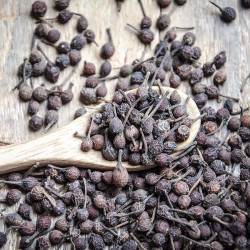 What is Voatsiperifery wild pepper?

Voatsiperifery pepper (Piper Borbonense) is a variety of wild pepper with a tail that is found on the island of Madagascar. It grows on the vines of the tsiperifery tree, a species of the Piperaceae family, which grows in the virgin forests of the island. Growing in very humid regions, it is waterlogged, which makes it fragile.

This pepper is a rare variety, with woody and earthy notes with some citrus and flower aromas.

Did you know that? : Growing Voatsiperifery pepper is very lucrative. It brings in more money than any other crop in the country.

The harvest of Voatsiperifery pepper

The harvest period of wild pepper from Madagascar is between September and December. After having travelled a long and difficult path in the virgin forest, the grower must climb to the top of the pepper trees. The height of the pepper berries makes it difficult to pick them. The liana that shelters the pepper climbs up to 20 m high on the tree, and the pepper is concentrated on the heights of the lianas.

Some bunches of wild pepper from Madagascar will still be green, while others may already be too mature. It is therefore difficult to know before climbing whether a tree will give a good harvest or not.

Voatsiperifery pepper can be picked green or red.

Did you know that: It takes 10 kilos of fresh berries to make one kilo of Voatsiperifiable pepper.

David Vanille's opinion: I have chosen to offer you the wild Voatsiperifery pepper powder. When ground, it retains all its woody, tart, spicy and spicy aromas. To be used preferably at the end of cooking, it goes well with all types of cooking.

As with the vast majority of peppers, there are 3 types of Voatsiperifery pepper

The wild pepper from Madagascar nowadays

The cultivation of wild Voatsiperifery pepper is very lucrative and attracts a lot of attention. The quality of this pepper is such that the demand is growing. To meet this demand, some growers use processes that are harmful to the species.

A risk of deforestation

Faced with the difficulty of reaching the pepper, some growers have decided to cut the vines or their stakes to harvest the berries without having to climb. This practice, which is harmful to the natural environment, has a direct impact on soil hygrometry, with the consequent risk of seeing certain natural species, including the Tsiperifery, disappear.

For a sustainable cultivation of wild pepper from Madagascar

Harvesting Voatsiperifery pepper without impacting the ecosystem is possible. The QualiREG network composed of researchers and members of the University of Antananarivo has been working on solutions for sustainable crops. Raising awareness and accompanying the farmers as well as the cultivation of Tsiperifery is the solution to avoid deforestation and the disappearance of this species.

Other uses of wild Voatsiperifery pepper

The wild pepper of Madagascar Voatsiperifery has virtues:

It is particularly recommended to relieve gastrointestinal problems and oral infections. 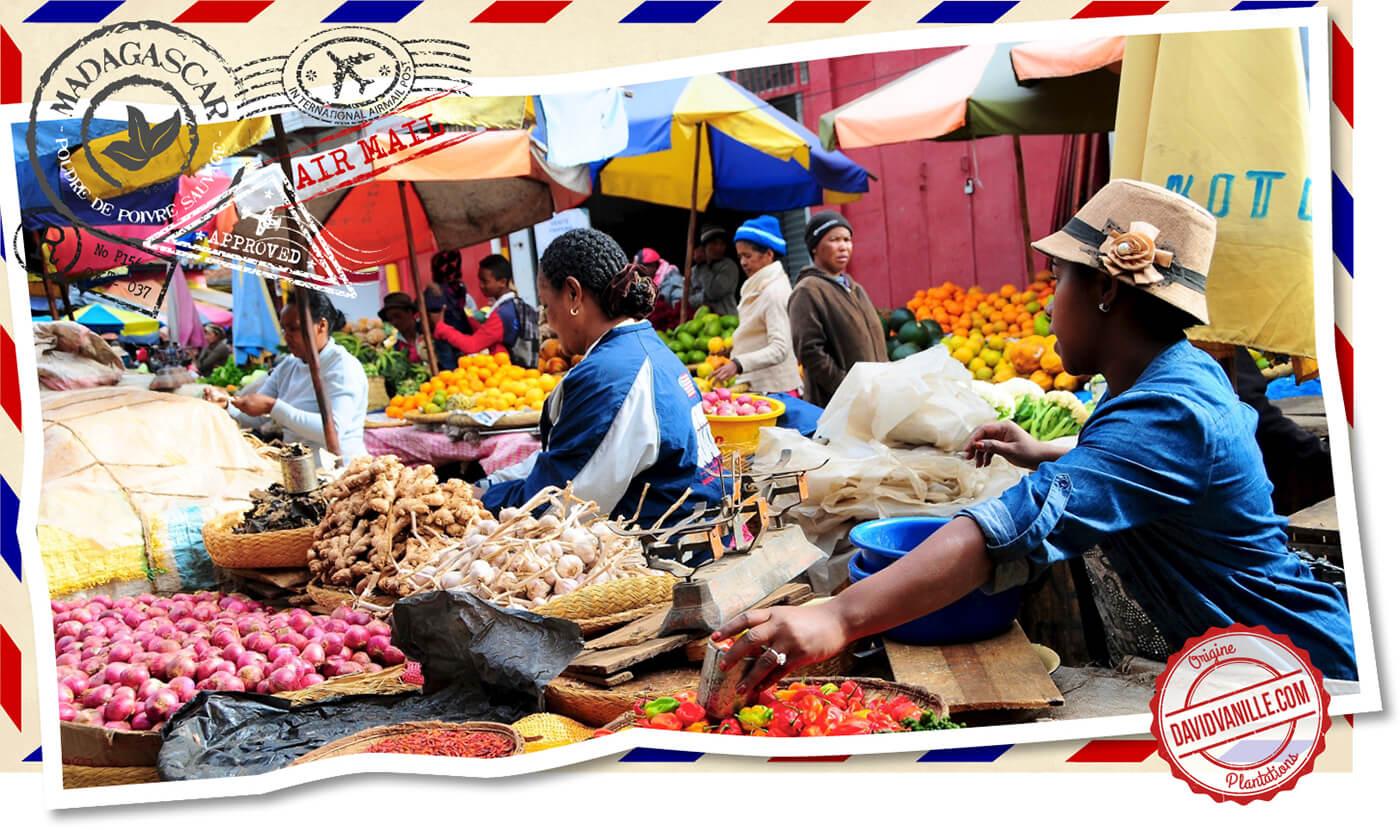 How to use Voatsiperifery pepper powder in the kitchen?

Wild pepper of a great quality, the Voatsiperifery has the particularity to be easily matched in the kitchen. It sublimates as well your sweet as salty recipes and, once its spicy taste disappears, the woody and fruity aromas remain in the mouth. Madagascar wild pepper powder is used at the end of cooking in order to preserve all its aromas.

To make you taste our Voatsiperifery wild pepper powder, we offer a 3-course menu in which this rare pepper develops all its aromas.

A simple entrance that will delight the whole family! Shell your shrimp. Prepare a tempura paste in which you will add some wild Madagascar pepper powder. Heat some oil in a casserole. Dip a shrimp in the paste and heat it until the fritter is golden brown. Repeat the operation by putting a maximum of 3 or 4 shrimp to cook at the same time. Serve with a sweet and sour sauce or spicier.

The dish: Rib on the bone with wild pepper from Madagascar

The amateurs of meat will appreciate the alliance of beef and Voatsiperifery pepper. Take your meat out of the refrigerator 30 minutes before cooking it. Season with salt. Cook the piece of beef on a grill or on the barbecue. Sear it for two minutes on each side. It should remain rare. Remove it from the heat, pepper it with Voatsiperifery wild pepper powder and wrap it for 30 minutes in aluminium foil. Cut it up and serve with a grilled corn on the cob and baked potatoes. A delicious and tender meat to your liking.

With its fruity aromas, Madagascar wild pepper goes wonderfully with fruits and chocolate. Here, clean your strawberries and cut them in half. Melt brown sugar in a little water and heat the mixture until you get a sugar coulis. Coat your strawberries with the coulis, add a few pieces of basil and a little powdered wild Madagascar pepper. A quick dessert to prepare, healthy and tasty.

To preserve all the flavour of your Voatsperifery pepper powder, we advise you to use an airtight container. Like many spices and herbs, Madagascar wild pepper should be kept dry and away from light.

Based on 21 customer reviews 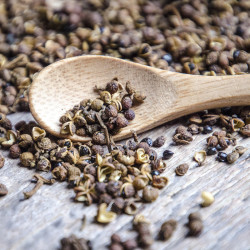 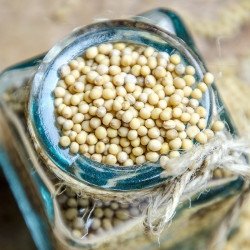