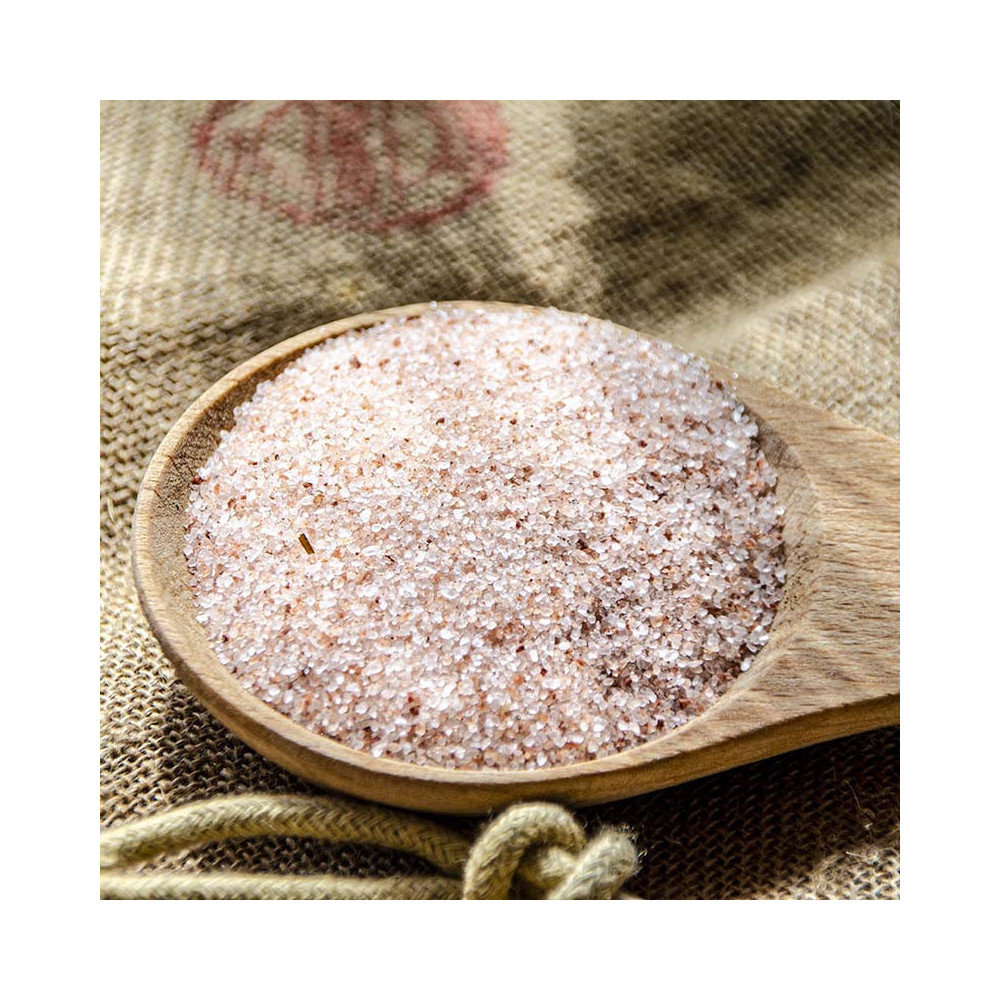 Extracted from salt rocks in the heart of the Himalayas, pink salt is rich in trace elements, magnesium, potassium, calcium, phosphorus, manganese, copper and zinc. It is highly valued for its detoxifying and exfoliating effects. Unlike sea salt, it is a thousand-year-old rock salt without iodine . A fossil salt of a rare purity. The most beautiful and exceptional quality.

Kitchen association : Use in your gastronomic recipes. Ideal to magnify your plates and recipes.

A few million years ago, the Himalayan regions were oceans. With the movement of tectonic plates, the sea eventually disappeared and mountain ranges were formed. The Himalayas are thus the result of the collision between the Indian and Eurasian plates. When the seas receded, salt deposits rose to the surface. This is how the salt mine of Khewra was naturally created, the pink salt of the Himalayas is a rock salt. It is found very precisely in the region of Kashmir, in the Pakistani Punjab. It is said that it is when Alexander the Great came with his troops in the 4th century BC that the Himalayan salt was discovered. As his horses licked the rocks, the soldiers were intrigued and did the same. They then discovered the salty taste of the rocks. However, it was not until the 16th century that the pink salt of the Himalayas was exploited. In the 19th century, when the British took control of the region, they created a simplified access to the mine to market this salt. This high quality condiment is extracted by hand, hundreds of tons are extracted from the rock each year. The pink salt of the Himalayas has now become an essential condiment. Present at the bottom of the mines of Khewra, this salt is not touched by pollution, which explains its incomparable quality. It is not refined, it is a raw product that presents itself to you. One could imagine that its color is due to specific treatments or additives. However, it is nothing of the sort. Himalayan salt is naturally pink.

What is the flavor of Himalayan salt?

Himalayan salt naturally has an iodized taste reminiscent of traditional salt. However, it is finer than the salt we are used to consuming, it is closer in quality to fleur de sel which is also in the form of crystals thicker than fine salt.

The Khewra mines in Pakistan's Punjab have been developed over the centuries to provide safe access to the treasure that is pink Himalayan salt. Unlike sea salt which is harvested from marshes, pink salt is extracted from mines. This very pure fossil salt is not collected by just anyone. Indeed, it is necessary to possess a hereditary title to go to this mine and extract the salt. Also, this profession is practiced from father to son. The miners receive medical benefits, help with housing and educating their children. The salt is extracted manually. Note that 40 km of tunnels have been dug. It is possible to visit the salt mines, there are sellers of products made from pink Himalayan salt, salt for consumption, but also reproductions of monuments in salt sculptures. There is even an asthma clinic in the Khewra salt mine.

Like fleur de sel, pink Himalayan salt has a higher salting power than fine salt. It should therefore be used sparingly. Unlike fine salt or coarse salt, pink salt is not recommended for salting the water in your dishes. It is preferable to use it at the table to salt your meats, fish, salads, etc. It is a pure salt, it represents a perfect alternative to fine salts sometimes polluted and cleaned with chemicals. Its crunchy crystals add pep to your meals. You can however choose to use a salt mill to make a finer salt. Surprise your guests by presenting on your table a magnificent pink salt from the Himalayas

The virtues for the health of the salt of the Himalayas

The pink salt of the Himalayas is very appreciated for its various virtues. Let us recall that an asthma clinic is present in the Khewra mine. Also, this salt is known to soothe if you suffer from respiratory problems. Some people recommend inhaling the salt vapor to fight against lung inflammation. Tonic, it acts effectively on the immune system. Used in the bath, it acts against skin problems: eczema, acne, psoriasis. It is also effective against muscle cramps and promotes blood circulation. Himalayan salt can also be used as an exfoliant to eliminate dead skin, it is found in some scrubs. Why does this salt have so many virtues? Simply because it is a very rich natural product that contains the following elements: potassium, calcium, silicon, zinc, sulfates, manganese, phosphorus, selenium, iron and 60 trace elements. Although it contains 87% sodium chloride, it does not contain iodine unlike sea salt.

The conservation of the salt of the Himalayas

It is advised to keep your pink salt of the Himalayas in the shelter of the light, in a dry and fresh place preferably.

Based on 228 customer reviews 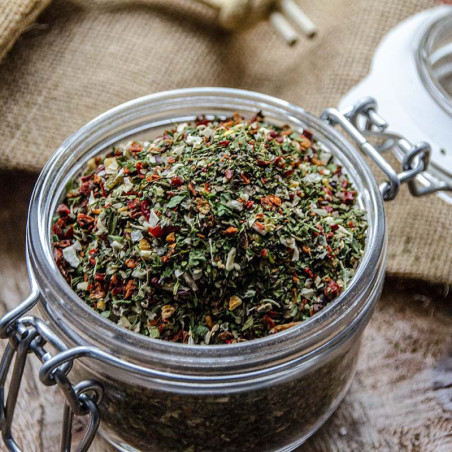 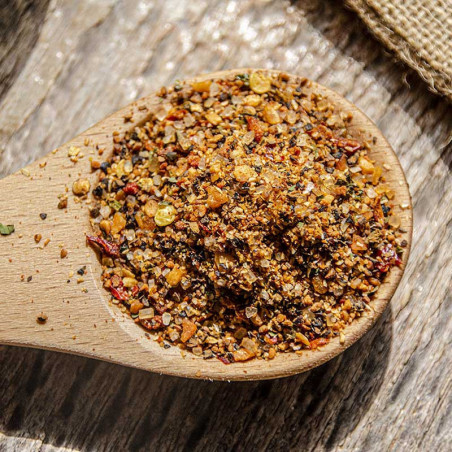 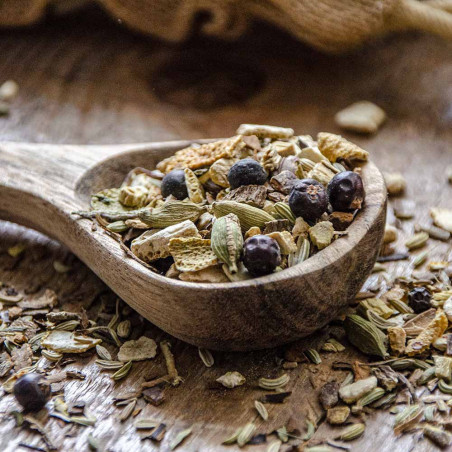